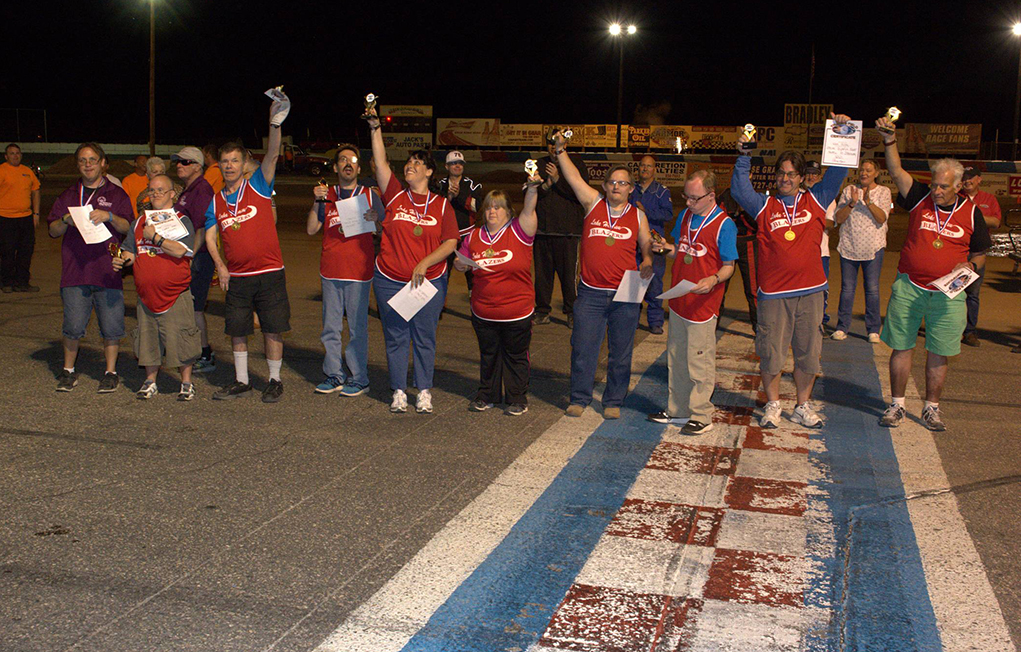 Saturday night at Havasu 95 Speedway, between the street stocks and factory stock cars, sat a yellow Lake Havasu Unified School District school bus. The bus was full of racers, but not quite the ones you’d expect to see at the track.

On the bus were 10 delegates of Lake Havasu’s Special Olympics team, dressed in their red jerseys, and they were ready to race. 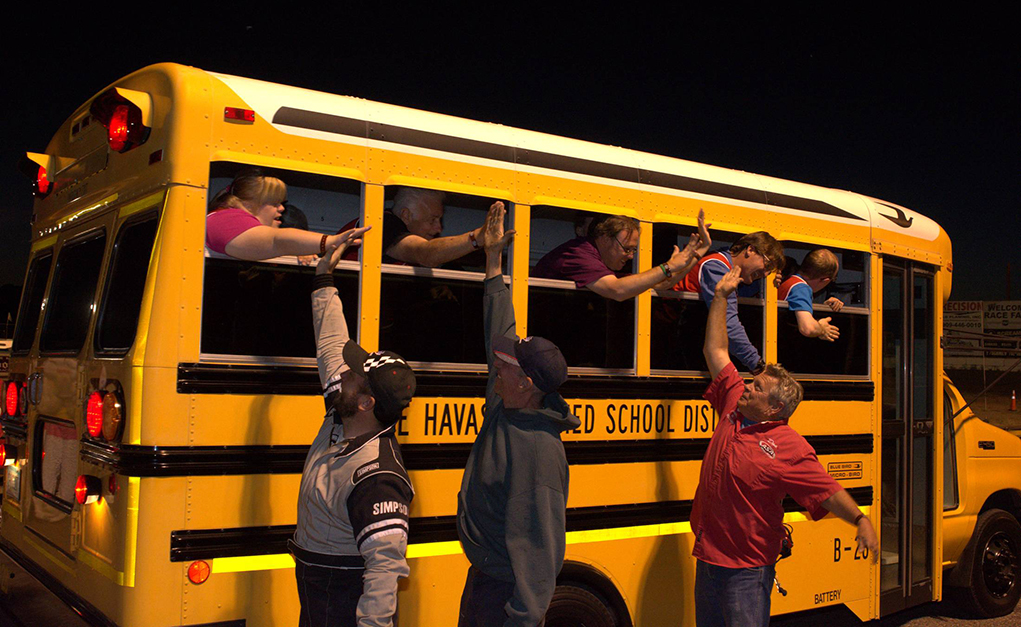 The bus pulled onto the track to a roaring crowd, and made two full laps around the track while the athletes hung out the windows, cheering and clapping. They made it to the start and finish line where they exited and prepared for a relay race across the front stretch of the Speedway.

They lined up, and with a wave of the green flag, they were off. The crowd went wild, and just like that, the best race of the night wasn’t run with cars.

But how does a racetrack become a preliminary event for the Special Olympics? Enter Sandy Silverman, a Lake Havasu Unified School District bus driver, and her son Matthew Leggitt, 45, who has been competing in the Special Olympics in Havasu for 10 years. Silverman and Leggitt volunteer at the racetrack on their off weekends.

“I was at work one day, talking with my coworker Sandy Price about the Special Olympics and their upcoming Track and Field meet and she said, “Wouldn’t it be cool if we brought the Special Olympics athletes out to the track, introduce them, and then ran a race in front of the grandstands?”” said Silverman. “So we talked to Bobby [Keirns], and it started to escalate from there.”

Bobby Keirns, the Lake Havasu Unified School District Transportation Supervisor, works as Havasu 95 Speedway’s Operation Manager on his off weekends. Keirns quickly took to the idea and put the plan in motion.

Together, Silverman and Keirns approached the Special Olympics coach, and then the School District about using a school bus to transport the team to the track for the race. All were on board with the event.

“Havasu isn’t that aware of the Special Olympics in town,” Silverman said. “Unless you have a kid involved, you don’t really know all that the team does. They do baseball, volleyball, cheerleading, bowling, they do everything!” 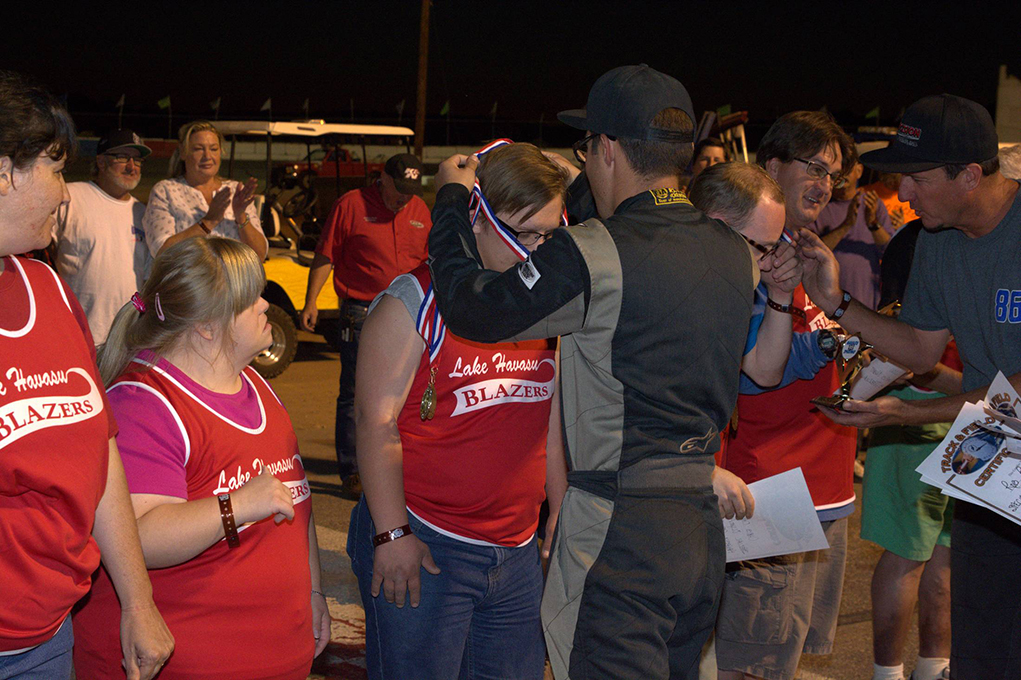 Silverman and Keirns had certificates made up for each athlete, and the athletes also received a medal, a trophy and a Havasu 95 Speedway T-shirt. They were even treated to dinner by the Speedway’s concessionaires, J & L Full Throttle Barbecue.

“We were trying to do something simple and it became something so big,” Keirns said. “Everyone was so excited, we had about 700 people in the grandstands and they made the athletes the center of attention. We passed the hat around and between our racers, fans, and sponsors were able to raise $2,000 for the team. It really fired them up for the upcoming event next weekend.”

The race was extra special for one of Havasu 95 Speedway’s regular racers, Jeff Prieur, who’s car runs the number “321” for a very special reason.

“My son Jonny, who is 23, was blessed with Down syndrome,” said Prieur. “The number 321 on my car is a tribute to him, March 21st is International Down Syndrome Day and also Jonny’s birthday. It has been our goal to see Jonny compete in the Special Olympics. My wife Nickie and I have watched all these young athletes for the last 23 years grow into the pure souls they are today; some are even like family.”

The race was the highlight of the night for Prieur.

“I had no idea how involved all the people at the track were with these kids,” said Prieur. “It was more than obvious what all these special people meant to them.”

The money raised will go toward hotel, food and travel costs to transport the team to Glendale for the 2017 State Summer Games.

The athletes will compete this April 8, at Thunderbolt Middle School. Events start at 9 a.m., and will finish at 2 p.m.