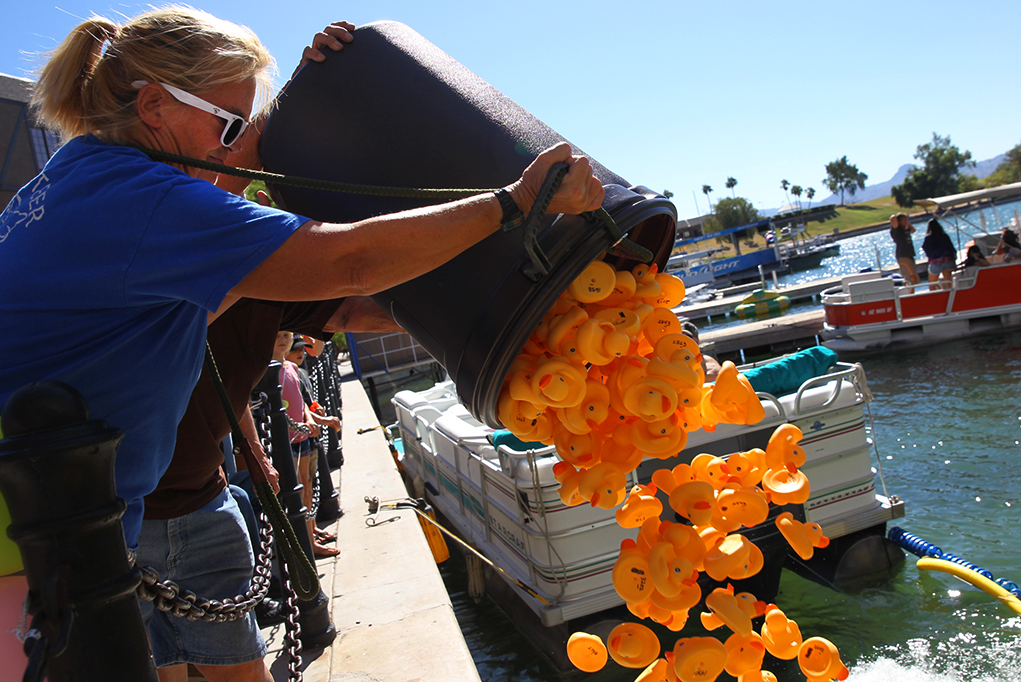 Western Arizona Humane Society hosted its 25th annual Duck Derby races beneath the London Bridge on Saturday and all winning ducks had been sponsored by residents of Lake Havasu City.

The Duck Derby kicked off with its Corporate Duck race. The winning duck was Mansell Welding’s. 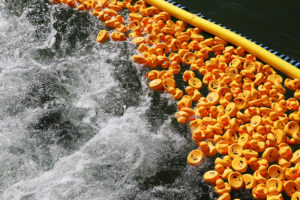 The event was comprised of three heats of rubber ducks, each of which were sponsored for $5. The top 10 from each heat raced for the prize money.

This year, about 1,500 ducks were sold to race in Saturday’s event, organizers said.

“We have a 98 percent live release rate,” said Patty Gillmore, WAHS executive director, during the event. “That is one of the very best in the state for our little shelter.”

The fundraiser is one of the humane society’s premier events, the other being Top Hats and Tails in May. 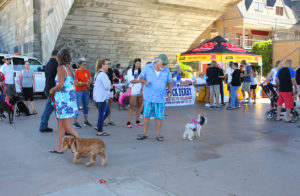 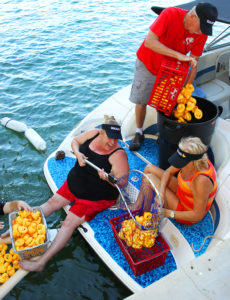 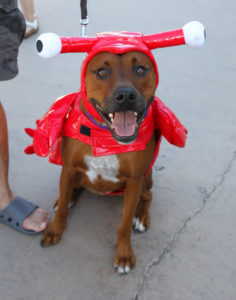 “Mr. Banks” is dressed as a lobster for Saturday’s Duck Derby. Jillian Danielson/RiverScene