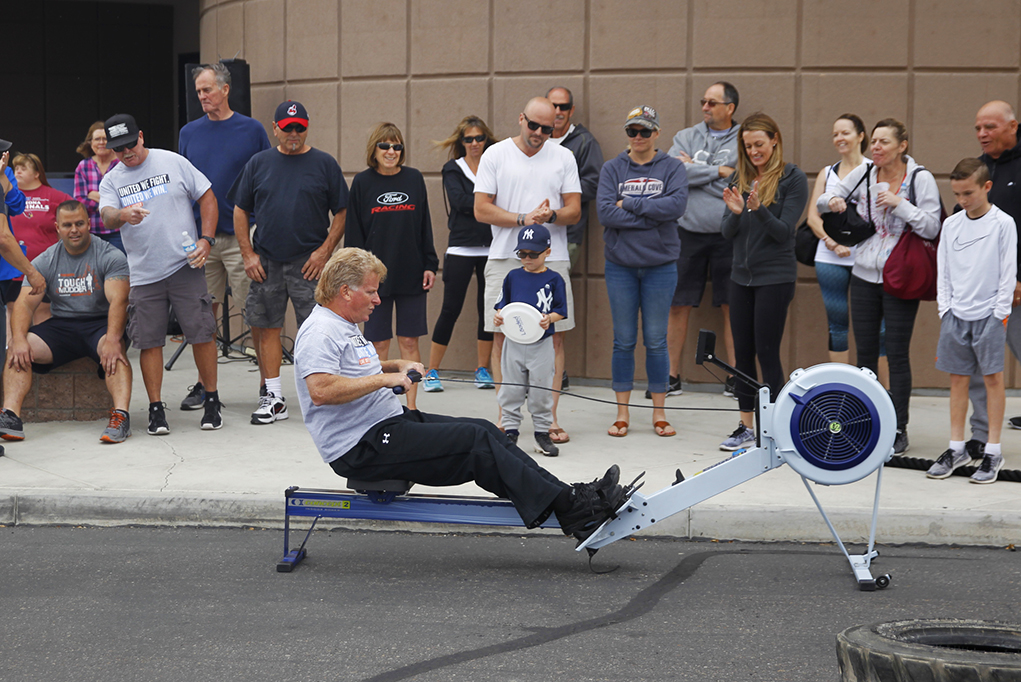 The Extreme Havasu Fitness Challenge was a success Saturday in the parking lot of Havasu Fitness. Sponsors of the event were KJJJ Radio Station, KNTR Sports, Havasu Fitness, the Arizona Cardinals and Bradley Ford. Proceeds from the event benefitted the River Cities United Way.

There were multiple fitness-related challenges throughout the event. Individual and team challenges included Tug of War, Box Till You Drop Heavy Bag, Fire Truck Pull, Arm Wrestling, Obstacle Course and a Kettlebell Competition. 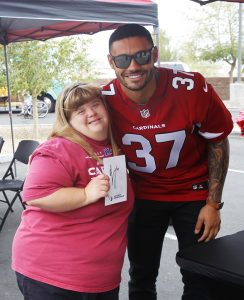 Roxy Harshman poses for a photo with DJ Foster of the Arizona Cardinals. Jillian Danielson/RiverScene

There was also an appearance by Arizona Cardinals running back and former ASU Sun Devil DJ Foster, as well as two Cardinal cheerleaders.

Another appearance at the event was by stunt double Dan Mast. Mast came to showcase his fitness-related skills in gymnastics and talk about his relationship with fitness.

“I came out to do a small, little exhibition. Come out, jump around, do flips and say hi to everybody,” Mast said. “I love Havasu. My buddy lives out here so I come here all the time. My favorite part is being on the boat.” 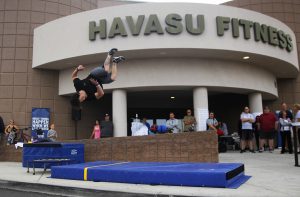 Mast grew up in gymnastics and later transitioned into stunts.

“I have been doing movies and television for the last 10 years,” he said. “I did ‘Transformers,’ ‘Star Trek,’ ‘Avatar,’ and I am one of Mark Walhberg’s stunt doubles.” 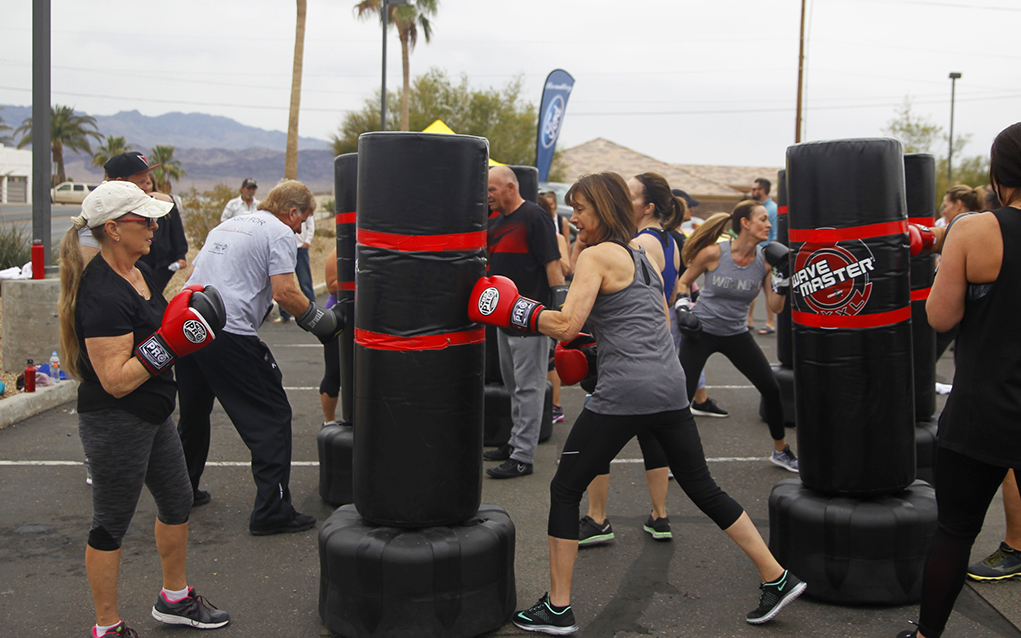 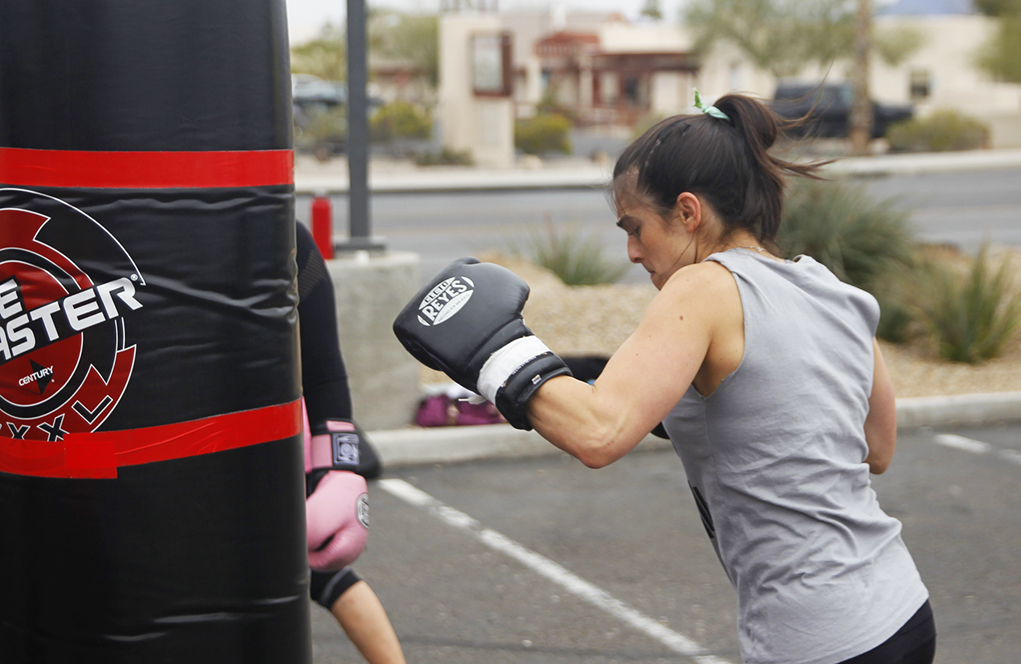 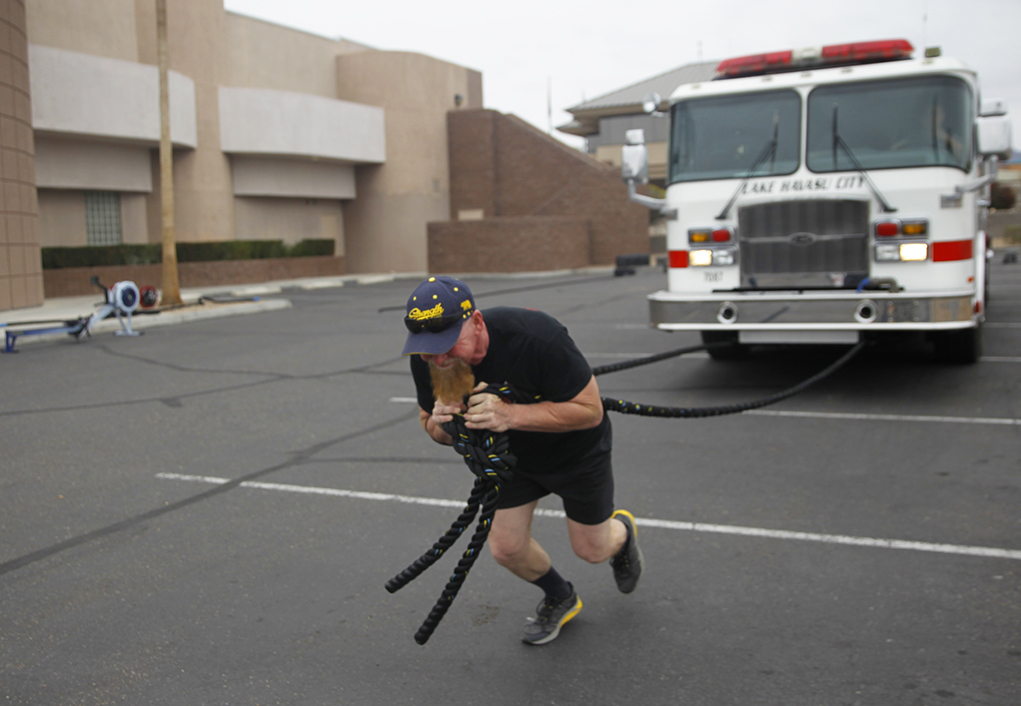 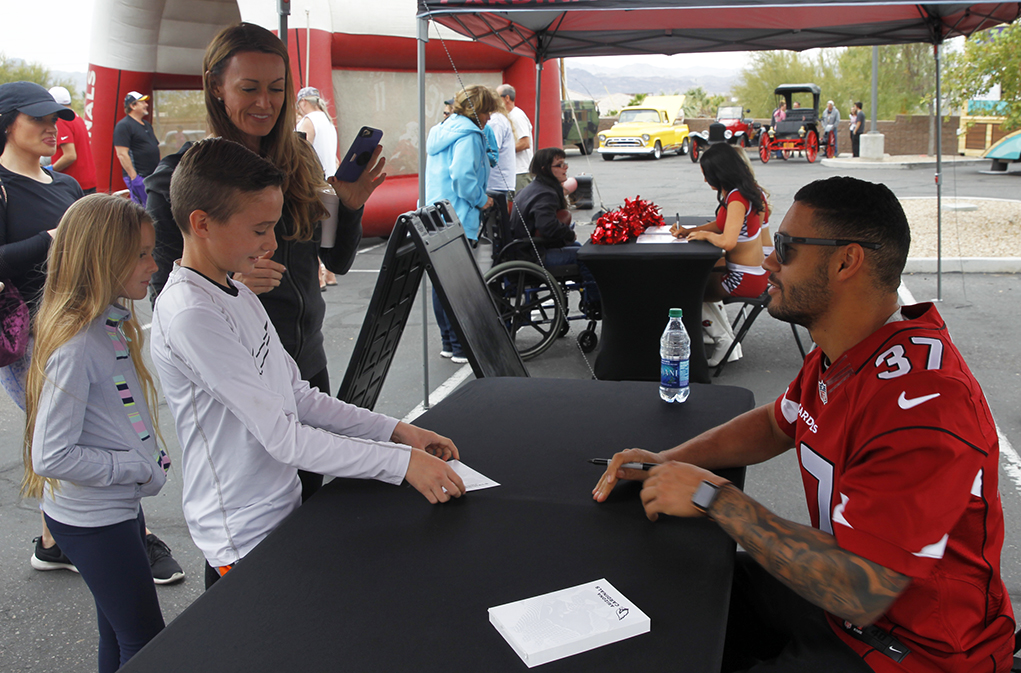