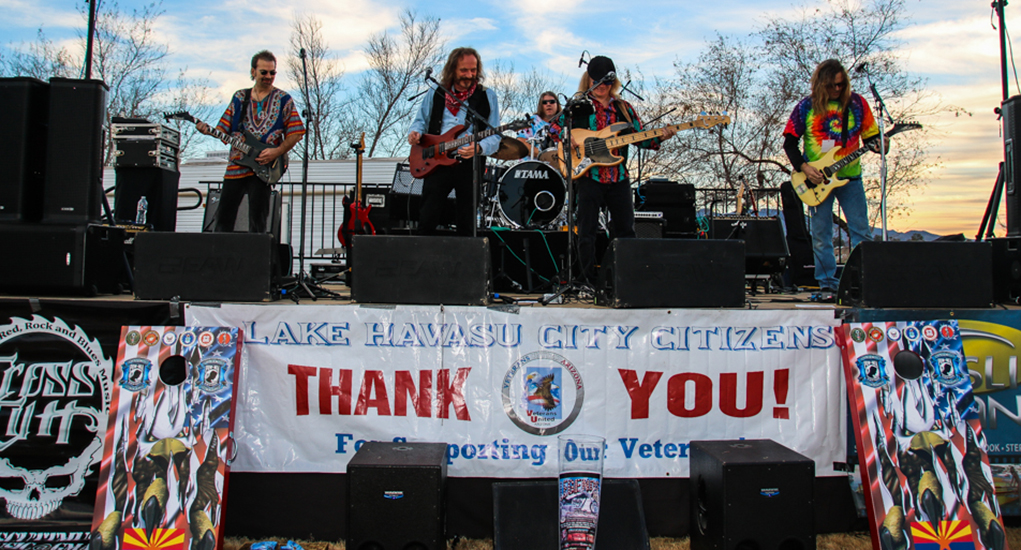 Leather vests covered with patches and pins, military caps and motorcycle boots — there are plenty at Windsor 4 this weekend at the Legends of Route 66 event. 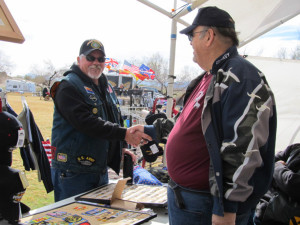 Pat Farrell, president of the Jerry Ambrose Veterans Council of
Mohave County, offers a welcome home to a visiting veterans at the Legends
of Route 66 Event. Judy Lacey/RiverScene

Hosted by Veterans United Arizona, the event is a fundraiser to raise awareness of and financial aid for homeless veterans in Mohave County. VUA president Frankie Lyons has long dreamed of the day when there will no longer be homeless veterans, and she has worked tirelessly to raise funds to create a transition home in Lake Havasu that homeless veterans can call home. 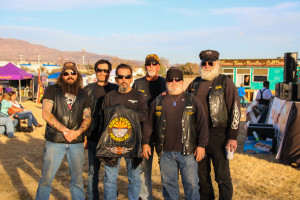 The River Riders pose for a photo Saturday afternoon at Windsor 4. Rick Powell/RiverScene

Vendors are offering a variety of food and merchandise to event goers. A steady stream of visitors walked from booth to booth today in spite of about 20 mph winds most of the day that kept the large flags on top of booths stiff in the wind. 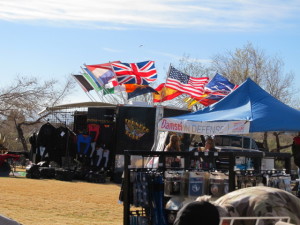 Flags flew stiff in the 20 mile-per-hour winds today at the Legends
of Route 66 event. Judy Lacey/RiverScene 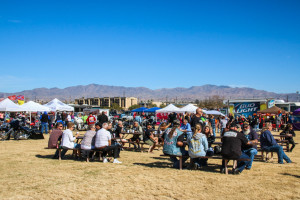 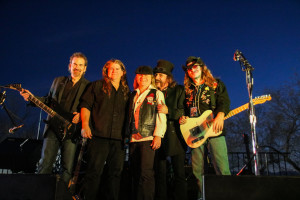 An Eagles Tribute Band, “Heartache Tonight” pose for a photo during the Legends of Route 66 Bike Build Off. Rick Powell/RiverScene