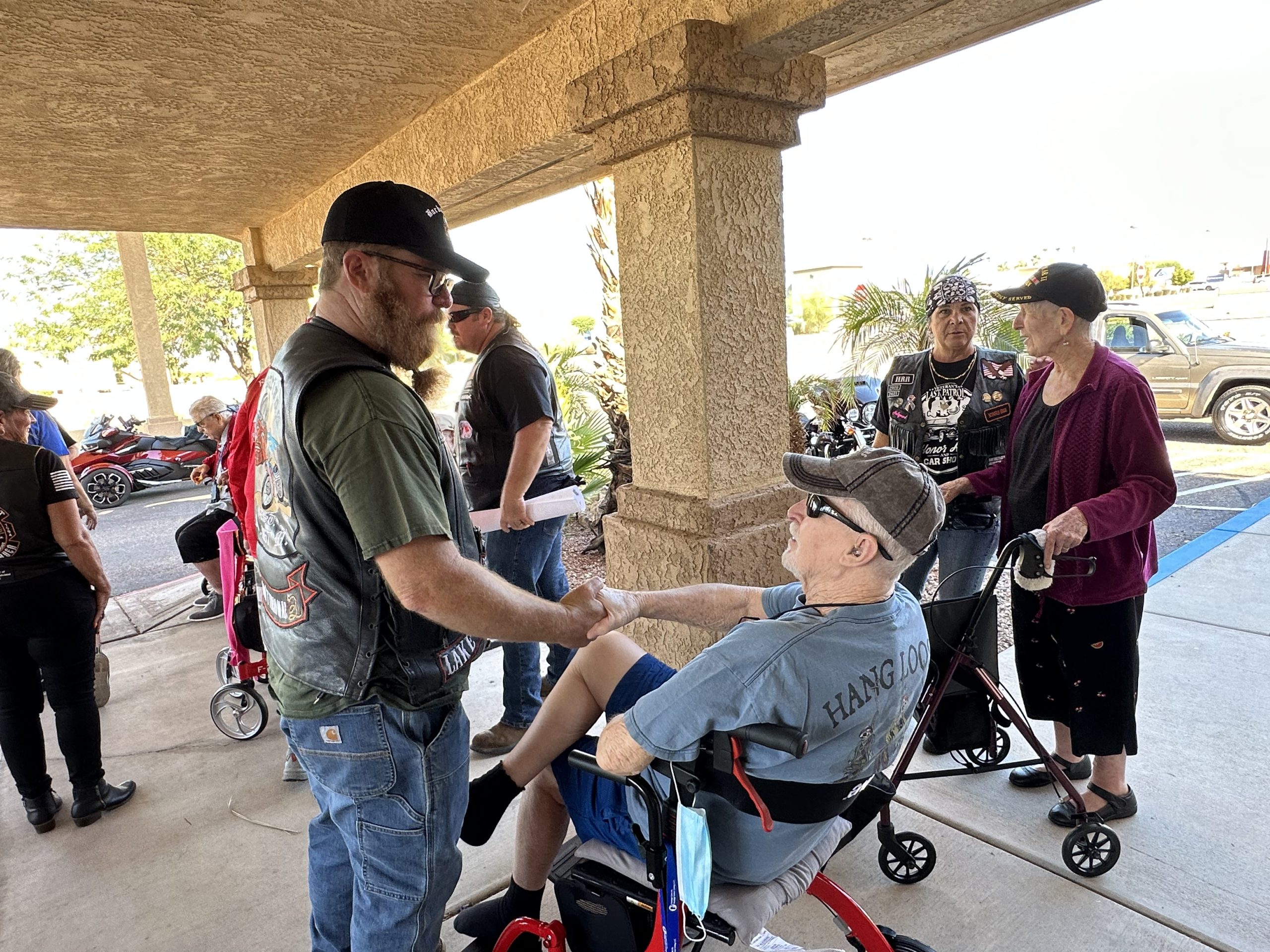 Veterans at some of Lake Havasu City’s assisted living centers were honored today by  “Veterans Last Patrol”  and  “Honor Ride for Veterans.” The event was also hosted by “Havasu Renegade Riders” and included 42 bikes and 75 participants.

RiverScene Magazine was on hand and interviewed participant Aaron Ashbaugh. 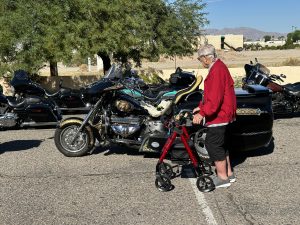 “A few groups got together to honor veterans who live in four nursing homes here in Lake Havasu.

Ashbaugh said one of the vets they were planning to honor served as a Navajo Code Talker and they were going to meet a Sgt. Major who organized the Leathernecks Motorcycle Club for U.S. Marines, who also lives in Lake Havasu City. 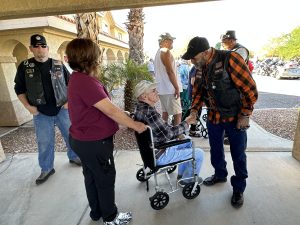 “It’s giving back to the community,” Ashbaugh said. 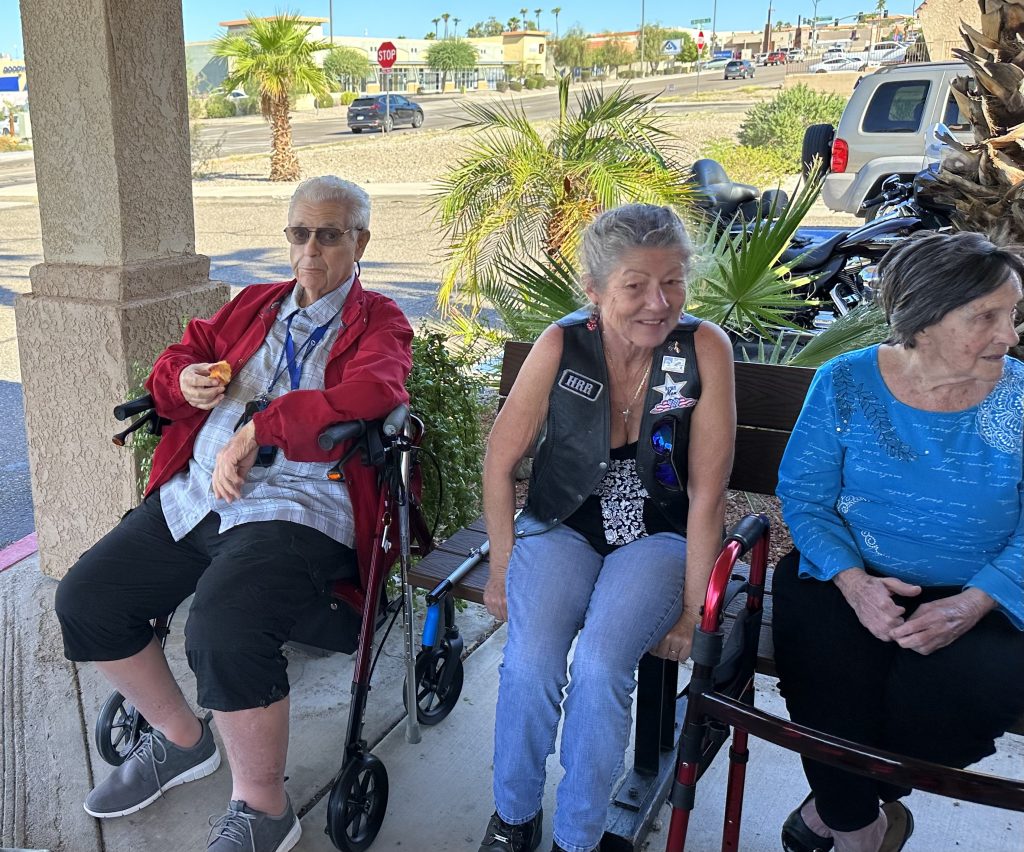 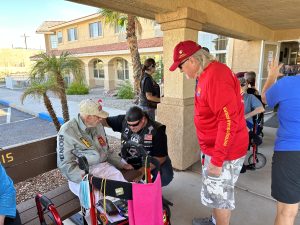 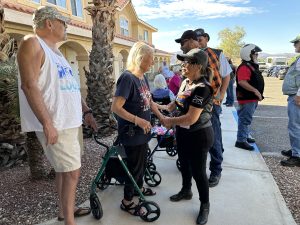