Speedway Raises $8,300 For Toys For Tots 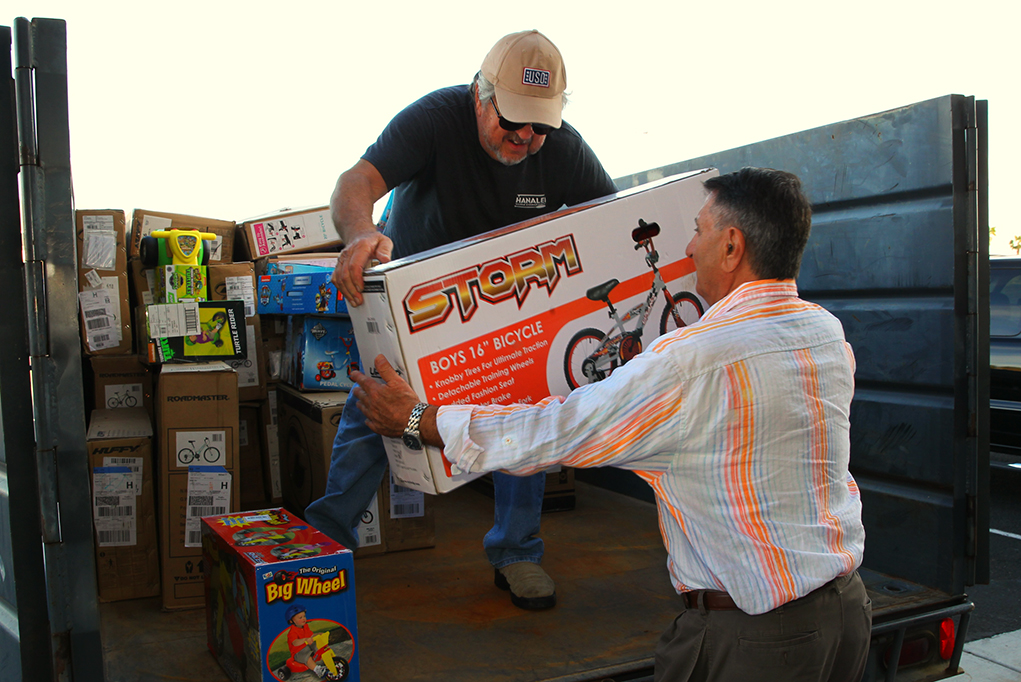 Havasu 95 Speedway collected donations from employees and race-goers for The Marine Corps Toys For Tots program during the month of November and collected about $8,300 to purchase toys for local children.

“Since we started collecting for Toys For Tots nine years ago,” said Speedway Operations Manager Shelly Keirns, “we’ve collected more than $50,000 and a thousand bicycles, scooters, and skateboards.” 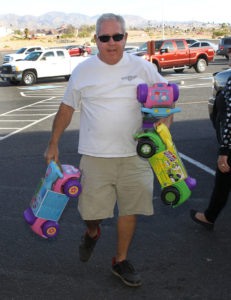 From inside the Halloween store at The Shops at Havasu, where the toys were being sorted, Keirns explained, “Some of the drivers even donated their winnings after races. We took the money and went shopping for toys, hitting Black Friday sales to get the most for our money.” They purchased 256 toys, in addition to the donated toys, and all were presented to Lake Havasu City Marine Corps League Detachment 757 for distribution.

More than 50 volunteers were at the store helping to sort the toys, including Kiwanis, LHHS Key Club, Marine Corps League Detachment 757, and individuals who just dropped in to offer to help.

Keirns said that during the Thanksgiving Race, Speedway announcer Mike Flanders challenged the crowd to make generous donations. He told them if they raised enough money to buy 200 bicycles he would shave his mustache off. “The crowd went wild,” Keirns said, “because Mike is well-known for his mustache.” The donations ramped up after the challenge was announced. Since 256 bicycles were donated or purchased, Mike lost the challenge and will have his mustache cut off in front of the Speedway stands on Jan. 7, at 2 p.m.

“It’s our pleasure to do this for Toys For Tots, and we’ll be doing it again next year,” Keirns promised. 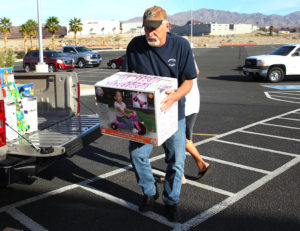 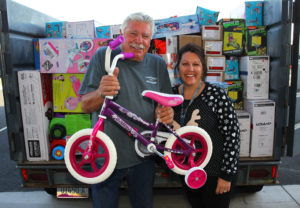