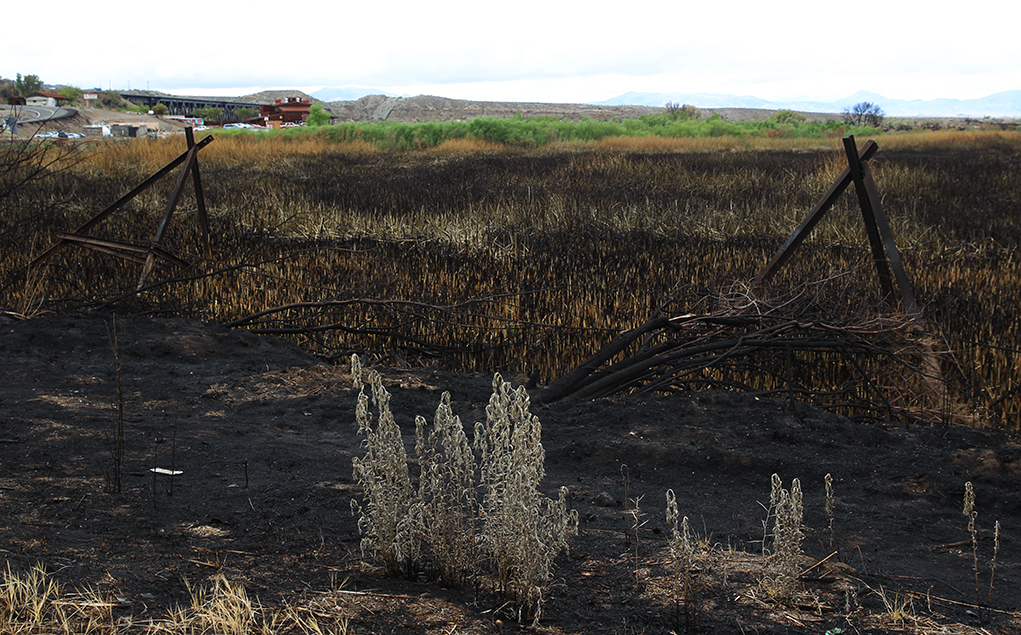 At 8 a.m., April 10, the Topock Fire was declared 85 percent contained and fire personnel are monitoring the fire and cleaning up. A total of 2,200 acres were burned. 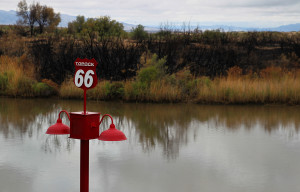 Topock 66 Marina was one of the places saved from the fire. Jillian Danielson/RiverScene

The fire started about 5 a.m. on April 6 in the Havasu National Wildlife Refuge within the Topock Marsh area, 10 miles south/southeast of Needles, Calif., and two miles west of Topock and Golden Shores. The fire quickly jumped the Colorado River into California April 10, and headed toward Park Moabi and Pirate’s Cove. Both resorts, as well as about 100 residents of two RV parks, were evacuated. There was minimal damage to Pirate’s Cove, and both parks were reopened April 8.

San Bernardino County, Mohave County and Yucca Valley provided 165 fire personnel to combat the fire. There were no injuries in this fire. 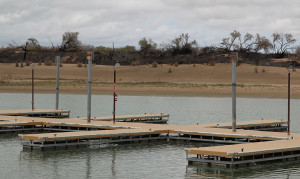 An area that was burned next to Pirates Cove. Jillian Danielson/RiverScene

Yucca Valley, Calif., sent their Brush Engine 41 to the fire.