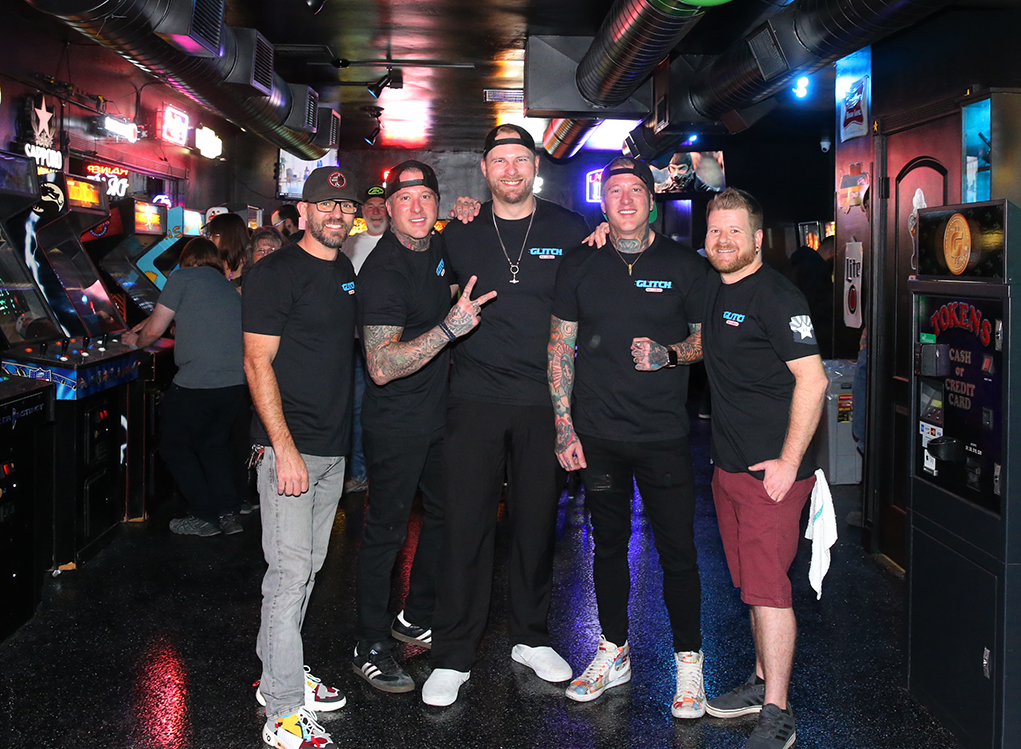 When five Lake Havasu City Midwest entrepreneurial transplants came together, the “Field of Dreams” axiom “If you build it, they will come” seemed like a natural mantra for their new endeavor.

The group’s vision of a different kind of adult entertainment for Havasu has taken form and will be revealed to the public Tuesday at noon.

Justin Bechen, originally from Dubuque, Iowa, said his parents bought a house in Lake Havasu City seven years ago and he and his brother, Jason, would come out when the Midwest winter freeze made the sunshine and backyard pool look pretty good. Three years ago, the twins relocated to Havasu and eventually hooked up with Wilcox, Wright and Garrett and the plans moved forward.

Wright said, “When I moved to Havasu from the Midwest, I already had seen some popular arcade bars. I was kind of there during the big boom of pinball’s return in the Midwest. So it dawned on me with a buddy back in the Missouri that an arcade bar should be something we should do but it never happened.” 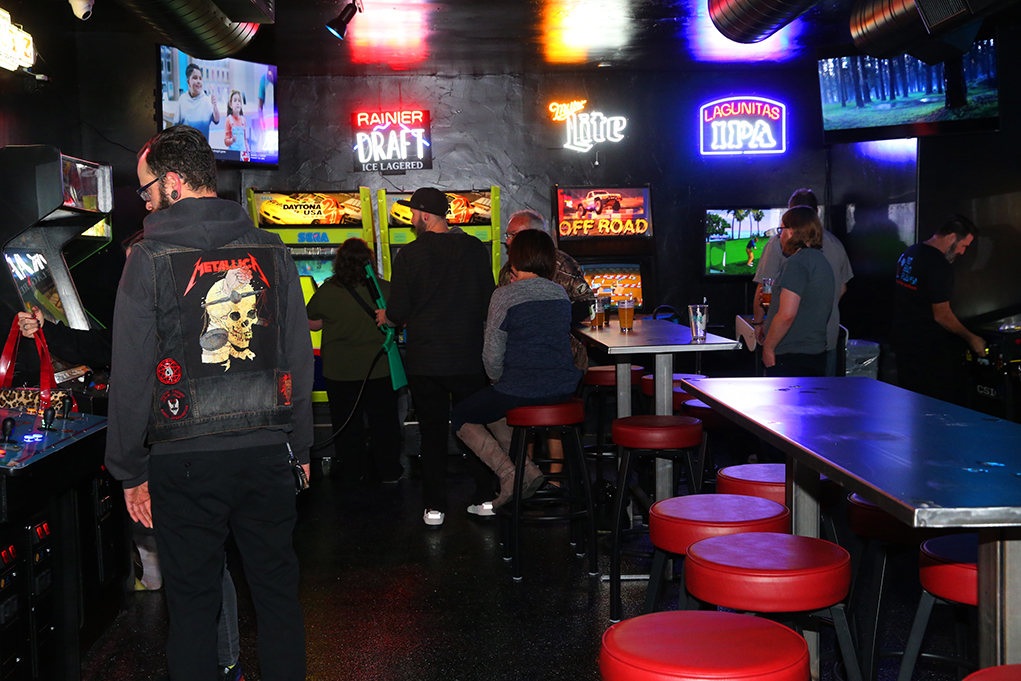 Wright said when he moved to Havasu, he met Corey Wilcox and they’ve been friends now for seven years.

“This was an idea we had been tossing around so about two and a half years ago, we started taking it serious and started looking around at concepts, ideas, locations and then one day, we happened to be at another bar where the twins were working and had overheard that they kind of had the same idea.

“One day we just decided we’re going to meet up and see how this goes. We go to lunch and the next thing you know we’re filing for an LLC and here we go. No guts no glory – throw caution to the wind,” he said.

And after only 90 days, the dream is about to become a reality.

“The town was just asking for something new that wasn’t music and a few hours in the evening.  Nothing wrong with live music but the town needs a new type of entertainment,” Justin Bechen said. 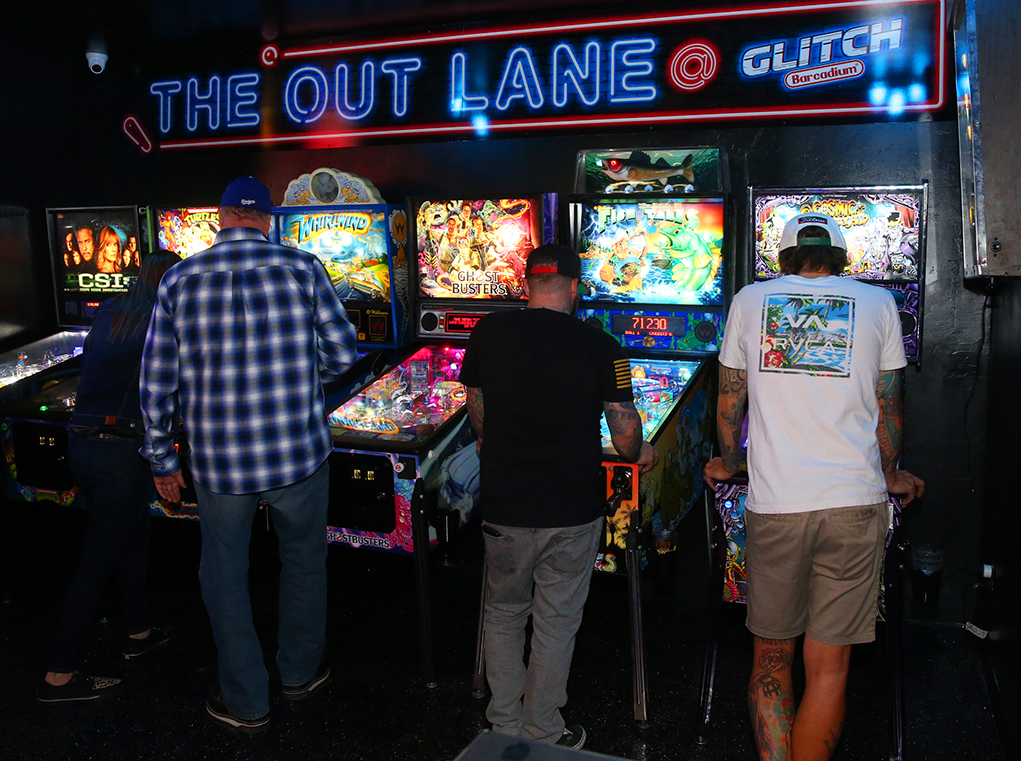 “If they wanted to go out on a date, have a drink and do something other than sit there and drink, they now have an outlet where they can do that. It doesn’t matter If they come in when we open at noon or 10 o’clock at night, they come in have a drink, play pinball have a little bit of fun and socialize in a different type of way that Havasu hasn’t had,” he said.

“I don’t drink, so for me when I go to a bar there isn’t anything for me to do. So here we have something for people that don’t drink. People have been asking if we’re going to have NA beer. Of course. Everyone can have fun. The designated driver can have fun too.”

“We were looking for something that was a little nostalgic. This touches all the bases for me. I grew up in the arcades. I’m in my 40s, so this was around when I was growing up. You went to the malls back in the Midwest in the wintertime with your friends and you hung out at the token arcades,” he said.

The group agrees the concept brings together people of all ages. Today’s 21-year-olds grew up “pushing buttons” and gaming and older generations can enjoy the nostalgia of the pinball machines and games that span the decades.

“There’s an energy from being around this stuff. I had a 70-year-old guy walk in with his buddy before we opened, and he wanted to play pinball. He offered me $20 just to come in to play. 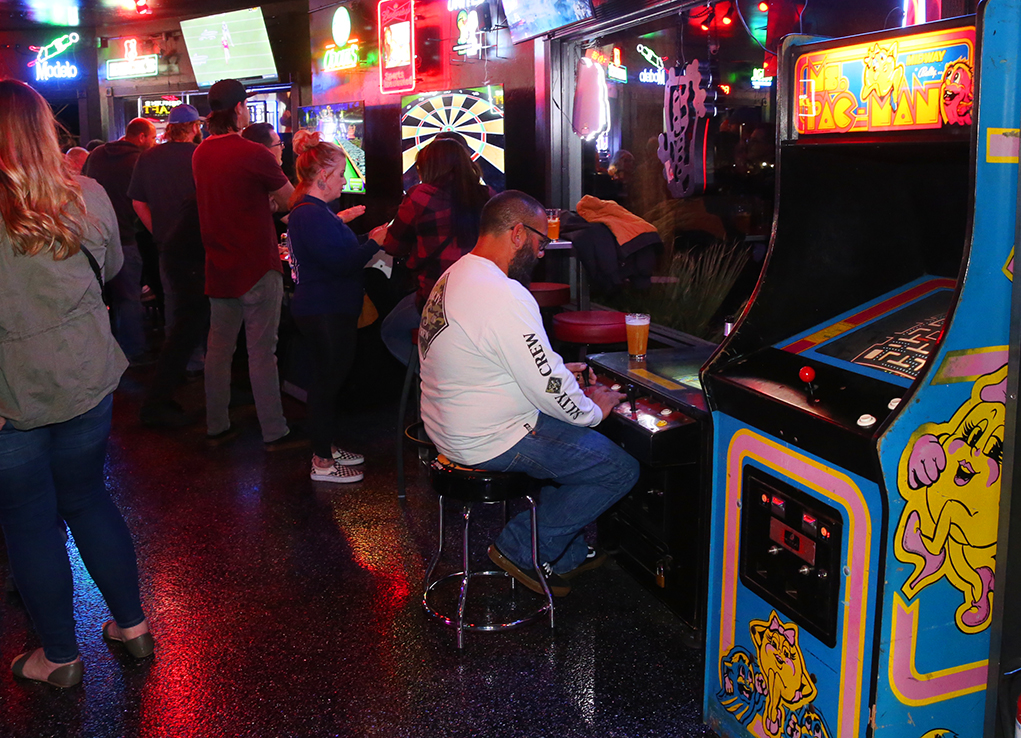 “I told him to give us a couple more days. We’re getting close! We’ve tried to hit every base from the guys my age to the guy that just hit his 21st birthday. We’ve got something for everyone,” Justin Bechen said.

Glitch will open with six pinball machines – vintage and new, 19 arcade cabinets, cocktail games and pedestal games, four-player games like “Teenage Mutant Ninjas” and “The Simpsons.” They will have old-school fighter games and sports games like “NFL Blitz” and “NBA Hangtime” along with “Mortal Combat” and more. Other games include offroad racing games, “Daytona 2”, NASCAR, and “Big Buck Hunter.” The plan is to continue adding games so they can be rotated in and out to keep the entertainment fresh. All games will be operated with tokens that have been custom made call “Glitch Coins”.

The group found games by scouring the Internet, contacting collectors and dealers. 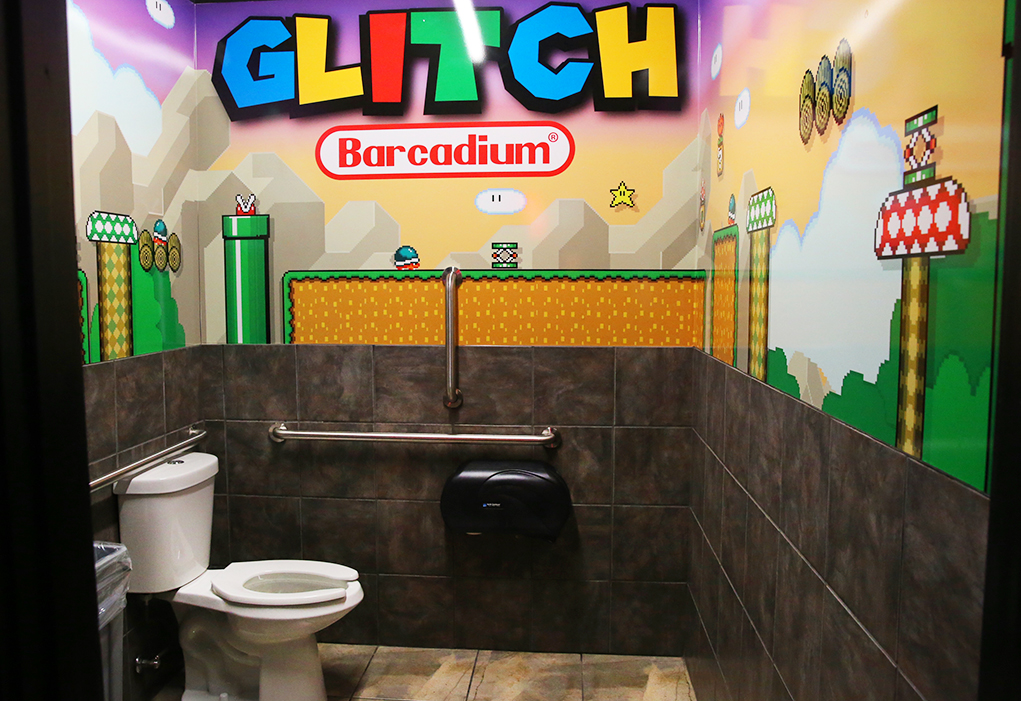 One of the Glitch bathrooms wrapped by Tekwrap in a Super Mario Bros. theme at Glitch. Jillian Danielson/RiverScene

“Everybody has such great, creative ideas. No bad days in Havasu – no bad plays in Havasu.”

“This is literally our passion. I came from a bar family – two generations. These guys come from a bar background. We’re doing this for the community. If we make money on the way, that’s great but we want to see people having a great time. Something new in Havasu. And we’re definitely feeling that energy from everyone and each other at the same time,” Justin Bechen said.

There is no food service, but Glitch patrons will be able to order food from the Mustard Seed and have it delivered to their table.

The group agreed that Glitch will get people away from the online atmosphere and bring people together around a common idea.

Glitch Barcadium will open Tuesday and will host a grand opening at a later date, possibly in March.

Glitch Barcadium is located at 44 Mulberry Ave. Hours of operation are noon to midnight, Monday through Sunday. Their website is glitchbarcadium.com 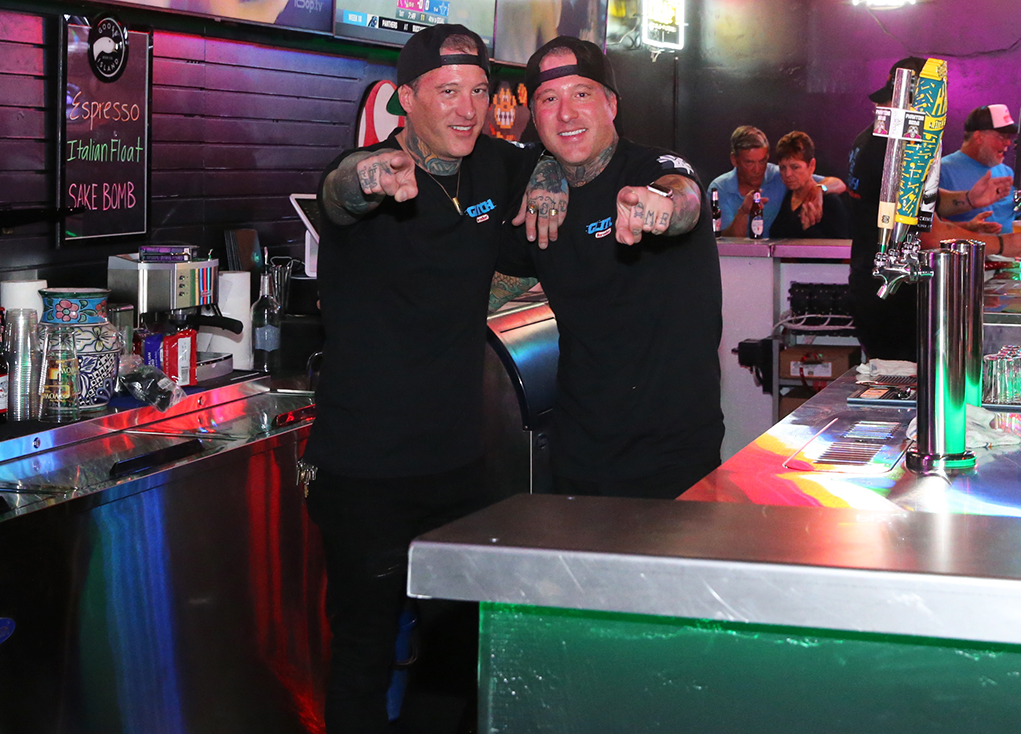 Jason and Justin Bechen pose for a photo behind the bar at Glitch during their soft opening Saturday night. Jillian Danielson/RiverScene 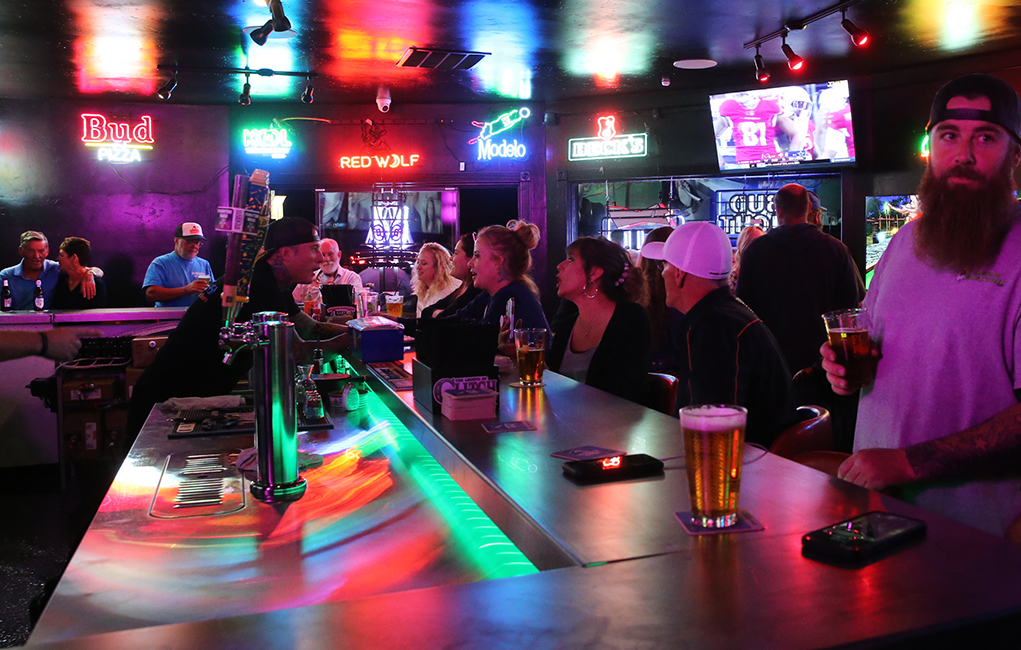 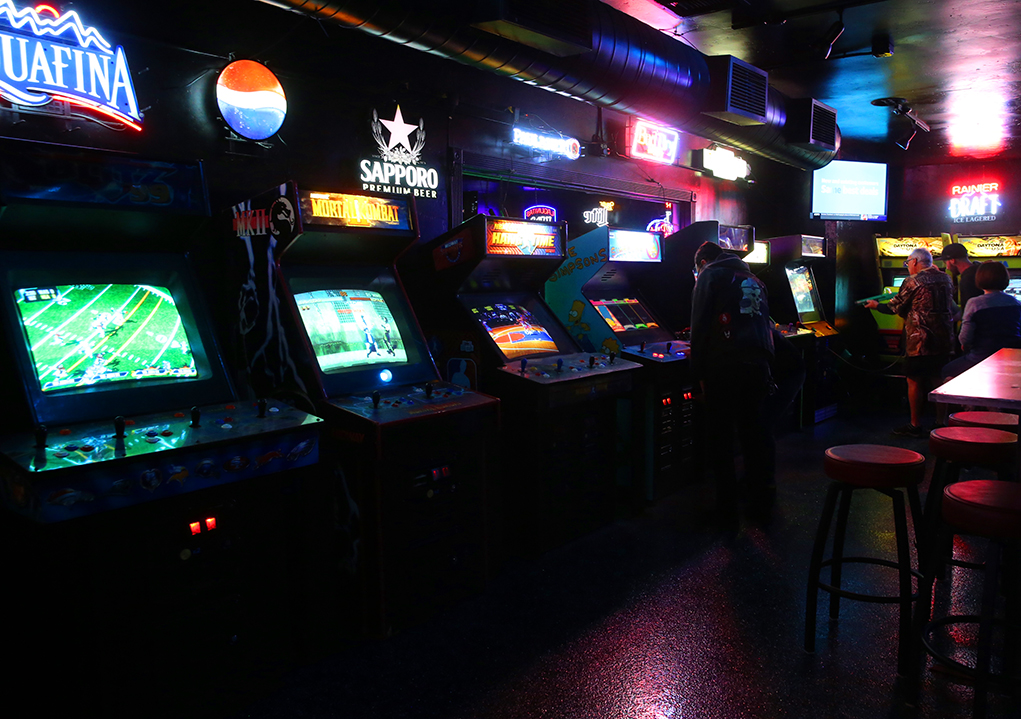 Arcade games are ready to be played at Glitch. Jillian Danielson/RiverScene 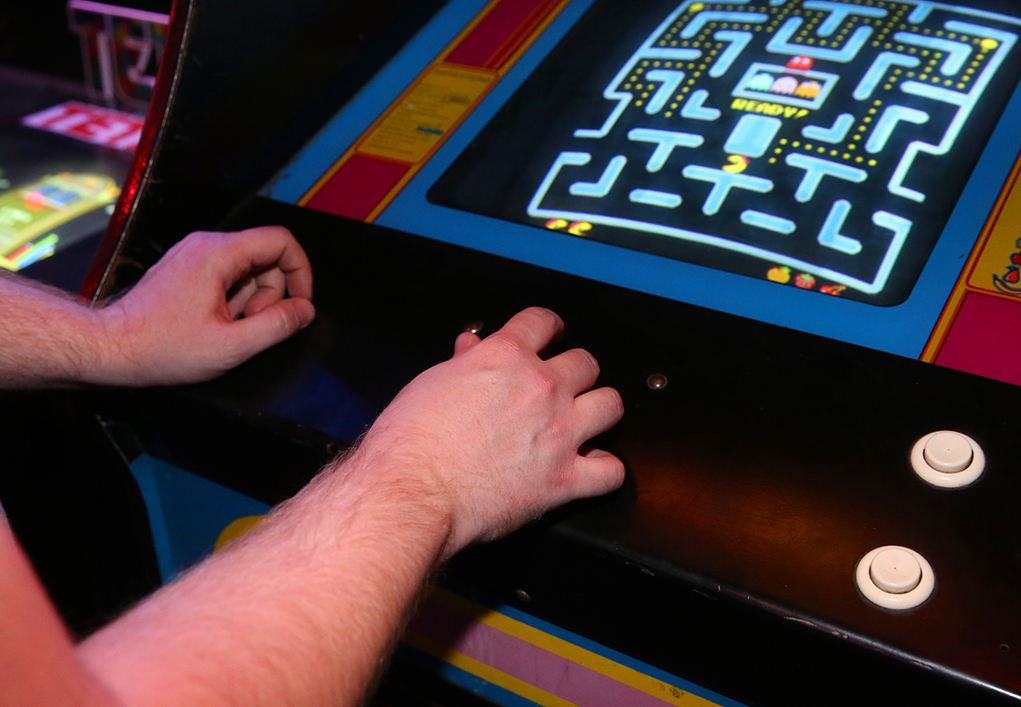 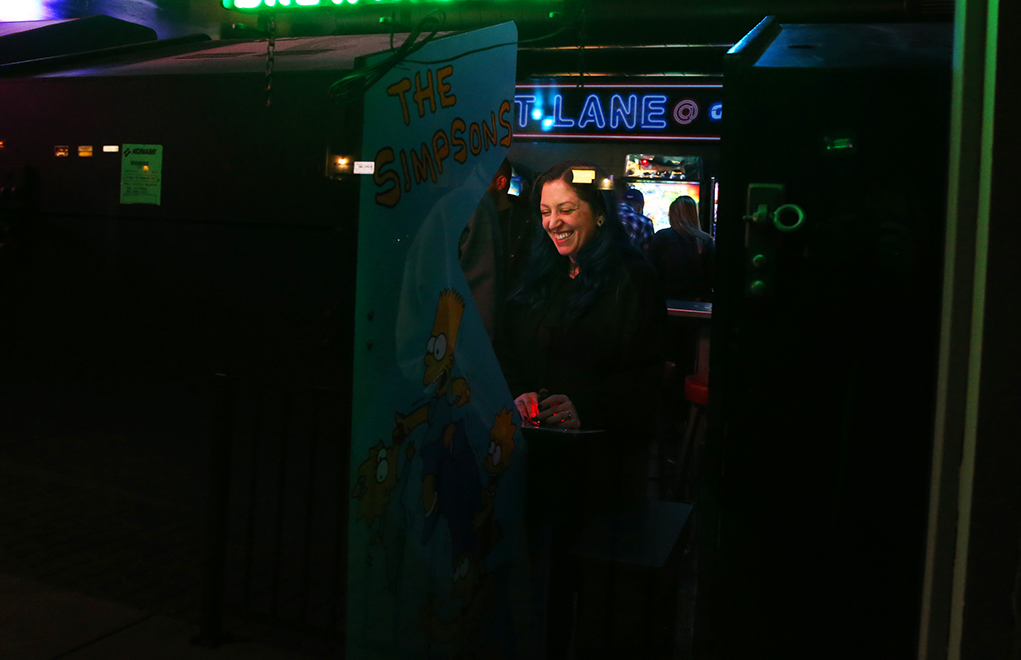 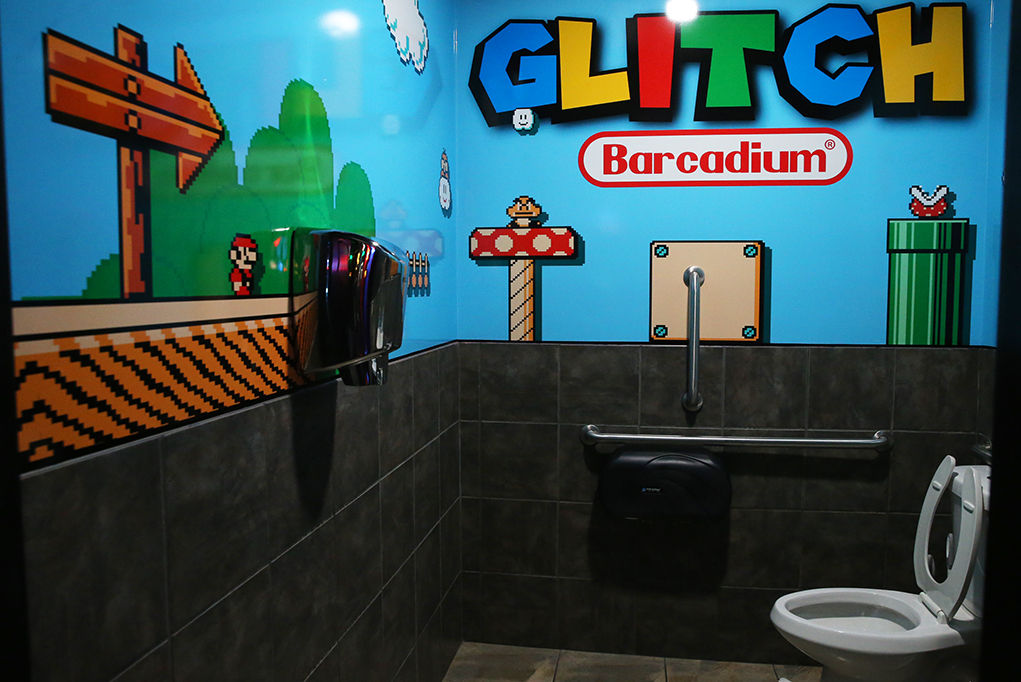 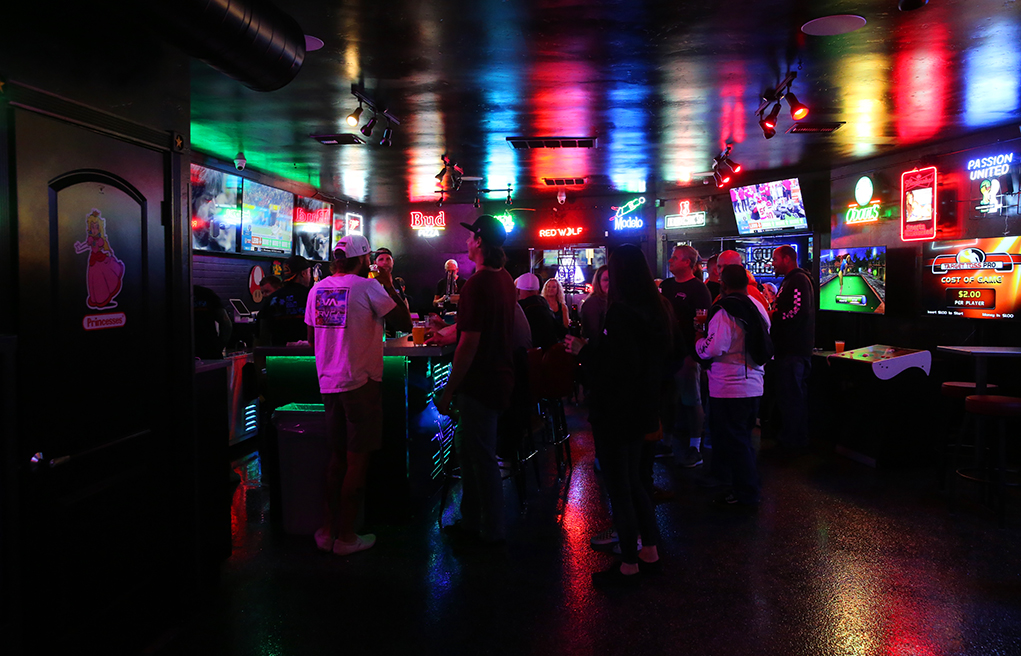