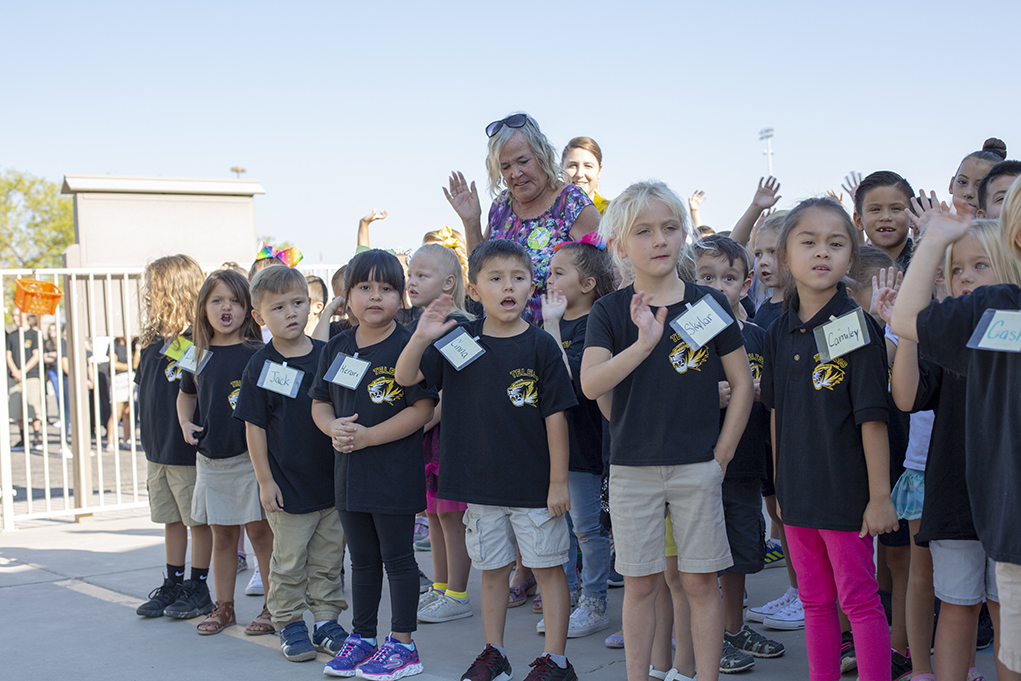 After a summer of fun in the blazing sun and time to spend with loved ones, it is finally time that Lake Havasu City’s youth must get in the swing of school. School for new students can be scary on the first day; however, Havasu’s students are in luck with teachers and support staff ready to ease the transition.

For some students, this year will be their first on the school grounds. For others, this will be the year they get to walk the stage in their caps and gowns.

River Scene magazine talked to returning and new students Monday at Jamaica Elementary School to get an idea of how they were feeling on the first day. 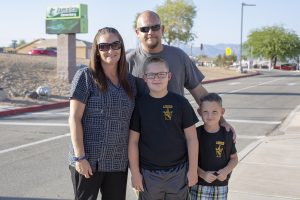 Tyler and his family came very prepared to school with his folder, snacks and water. Erin O’Callaghan/RiverScene

Fourth-grader Tyler, said he was most excited about math. Tyler said to prepare for his first day he had his pictures taken, and he had his favorite breakfast which is peanut butter toast. River Scene also asked Tyler what he had in his backpack for day one – a folder to keep track of any introductory papers, a water bottle to keep cool in the heat, and of course some snacks to make the day easier. 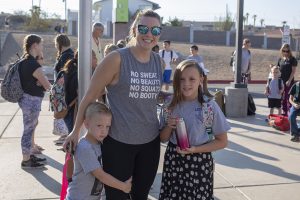 Third-grader Mckenna poses with her mom and little brother for a photo on the first day. Erin O’Callaghan/RiverScene

Third-grader McKenna said her backpack contained pencils of the regular and colored variety, as well as various other school surprises. 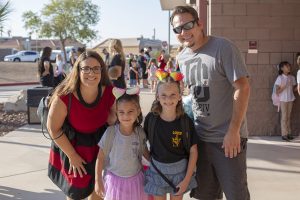 Jocelyn and Rian were very excited to start their first day in kindergarten and 2nd grade. Erin O’Callaghan/RiverScene

Sisters in kindergarten and seconde grade Jocelyn and Rian said they were most excited to make new friends this year. 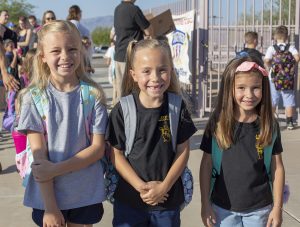 Mckenna posed with two of her friends getting ready for their first day of second grade. Erin O’Callaghan/RiverScene

Second-grader McKenna was with her friends and she said she was most excited to get going on homework this year. She also said her favorite part about summer was a camping trip.

McKenna said she laid out her clothes in advance to prepare and had breakfast. She was excited to showoff her new backpack as well.

Telesis Preparatory Academy began the first day of school with a  flag-raising ceremony by the Marine Corps League of Lake Havasu. 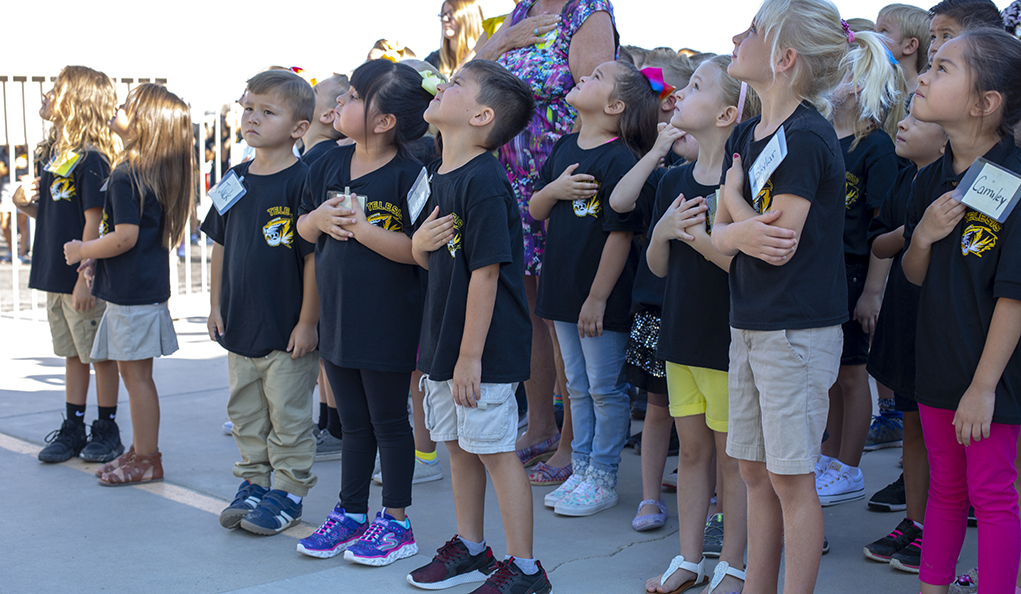 Telesis students place their hands on their hearts during the Pledge of Allegiance. Erin O’Callaghan/RiverScene 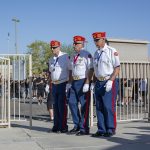 The Marine Corps honor the first day of school with a flag raising at Telesis. Erin O’Callaghan/RiverScene 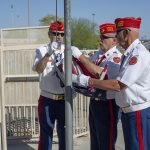 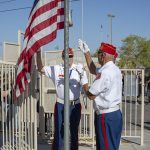 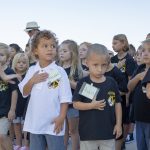 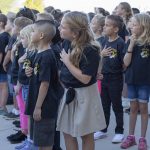 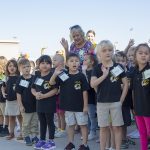 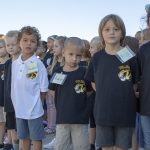 Telesis kindergarten class line up for a photo. Erin O’Callaghan/RiverScene