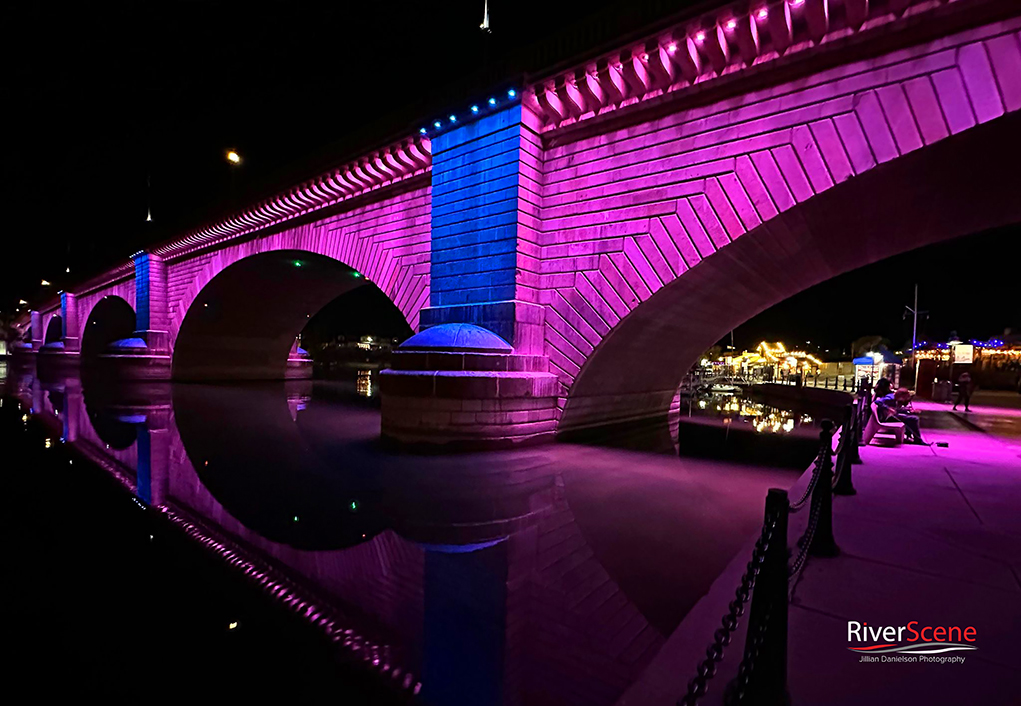 International  Pregnancy and Infant loss Awareness Day is Oct. 15, and one local nonprofit organization along with the City of Lake Havasu, will light the London Bridge pink and blue in support of individuals affected by loss.

Lake Havasu City resident Tamara Weaver, founder of the nonprofit Rae of Hope, invites all families who have experienced loss or know someone who has, to come and observe the lighting of the bridge in these special colors.

“Mayor Cal Sheehy offered support to Rae of Hope during a meeting about fundraising. He offered to do a proclamation to increase support in Lake Havasu City for our local pregnancy and infant loss community,” said  Weaver. 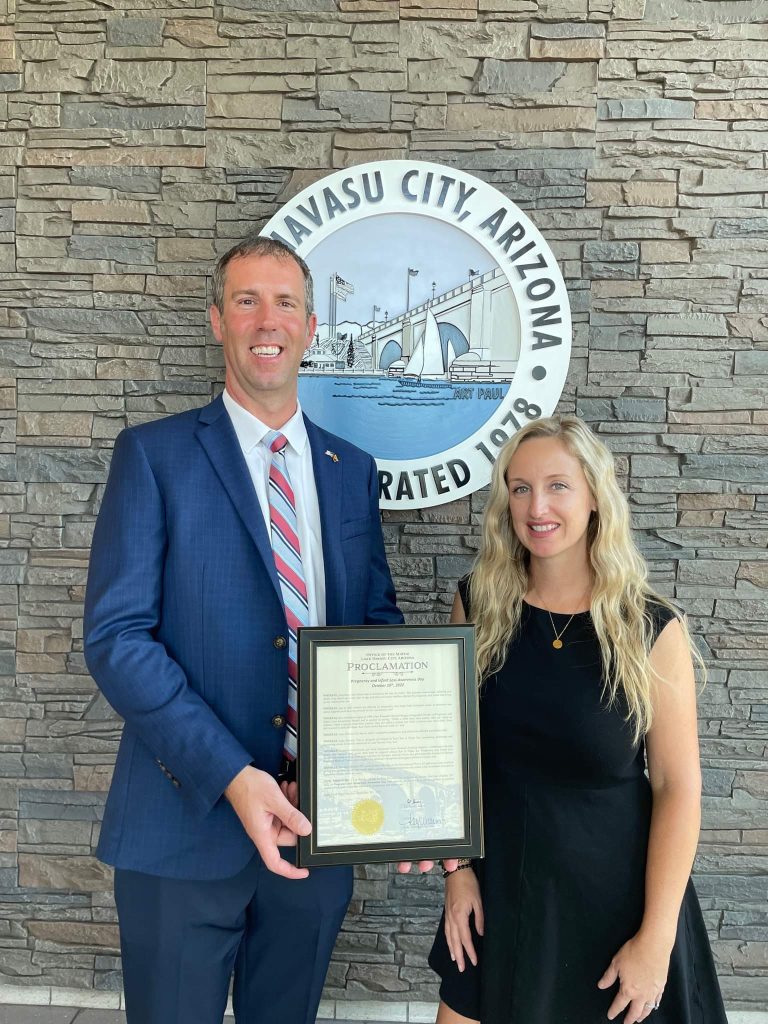 Rae of Hope Inc., is a local nonprofit that has been operating in the Lake Havasu community since 2014. It was started by Tamara and Dennis Weaver after their daughter was stillborn because of HELLP Syndrome, a condition that creates complications and high blood pressure during pregnancy along with elevated liver enzymes.

Weaver was airlifted to Vegas and received support from a similar organization there during this devastating time.

Weaver is also a  licensed clinical social worker and upon returning home, discovered no resources in Lake Havasu and decided to start her own. Rae of Hope is named after their daughter Raelyn.

“Rae of Hope has donated Cuddle Cots to all OB/GYN units in Mohave County,” Weaver said. Cuddle Cots are cooled bassinets which allow families to keep babies in the room longer. They are so helpful for the grieving process,” she said. 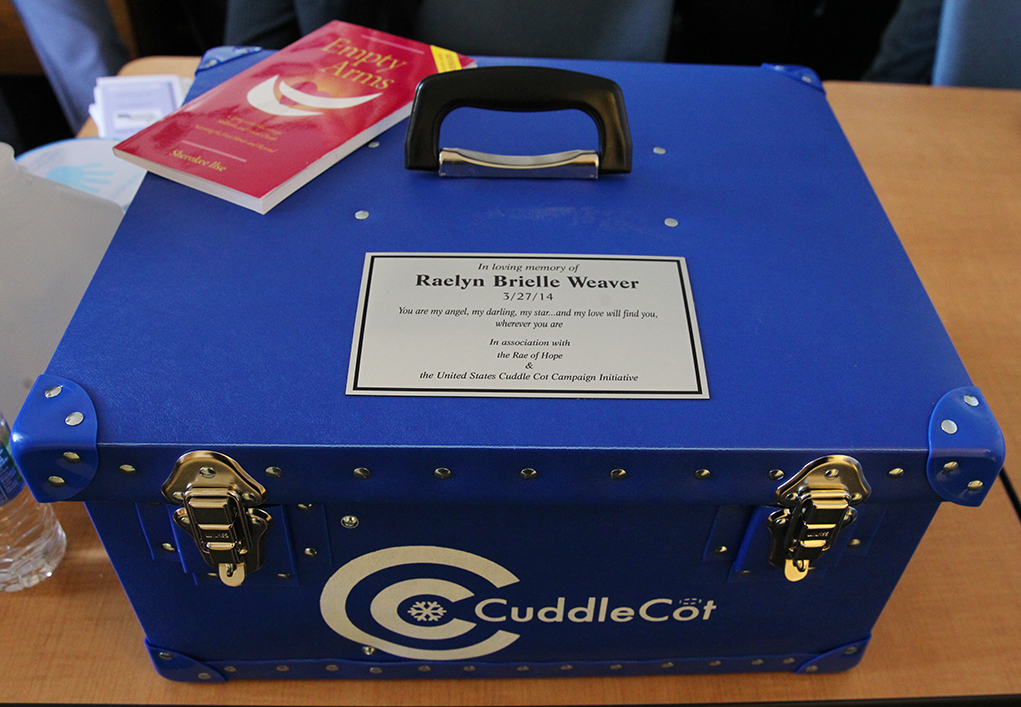 A plaque is engraved on the Cuddle Cot box in honor of Raelyn Weaver, the daughter of Tamara and Dennis Weaver. Jillian Danielson/RiverScene

According to Weaver one in four women are affected by pregnancy/infant loss yet it is rarely discussed.
By bringing awareness, she hopes this can reduce stigma and increase support for our local loss community.

Weaver wants to encourage people who know anyone affected by this to show up and also be sensitive, even though it can be uncomfortable, and suggests  people avoid comments such as “everything happens for a reason” or “at least…” as this can be hurtful to grieving families.

“There are no magic words you can say to take away someone’s pain during this loss. Just showing up makes all the difference,” Weaver said.

The London Bridge  will light up for the first time in pink and blue for Pregnancy/Infant Loss Awareness Day Oct. 15, at 6 p.m. 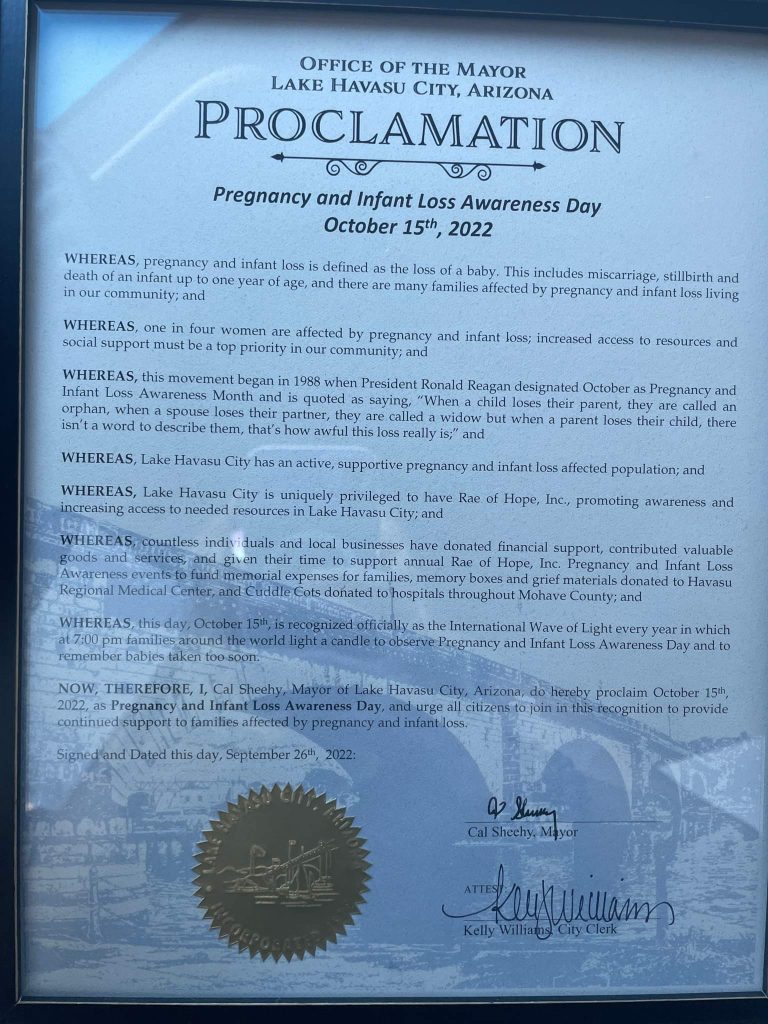 Rae of Hope’s mission is to assist individuals by providing memory boxes including keepsakes for Lake Havasu City grieving families, professional photography services, financial support for memorial services, sibling grief support, support group and emotional support throughout the journey. Rae of Hope has an accepted nonprofit status as a 501(c)3 from the IRS, tax ID 47-142269.

For more information on Rae of Hope Inc., visit its Facebook page at https://www.facebook.com/raeofhopeincorporated/ 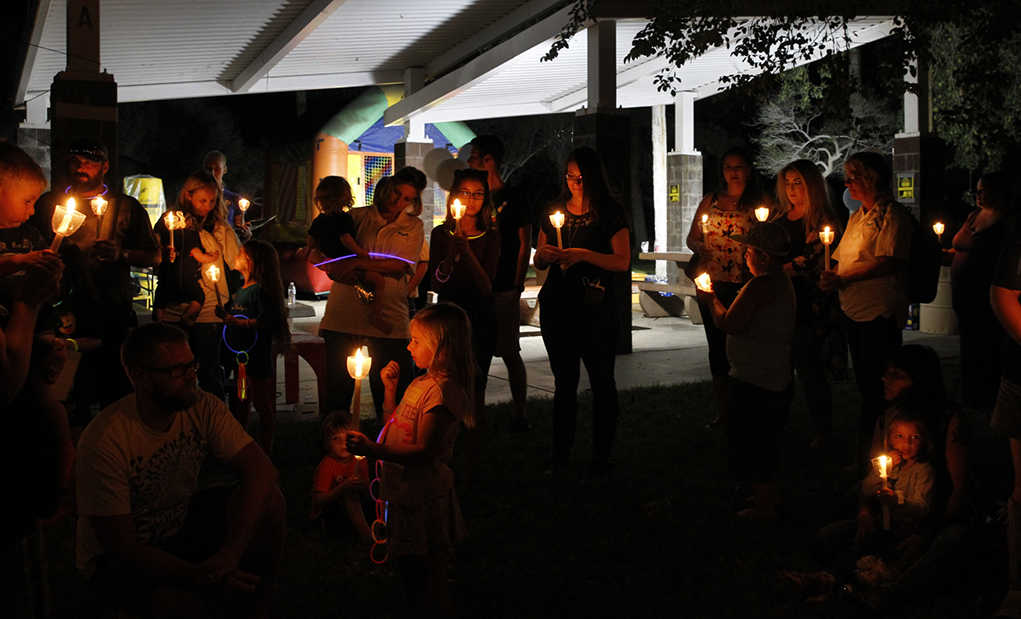 A candlelight vigil held in 2017 for those honoring Infant and Pregnancy Loss Day. Jillian Danielson/RiverScene