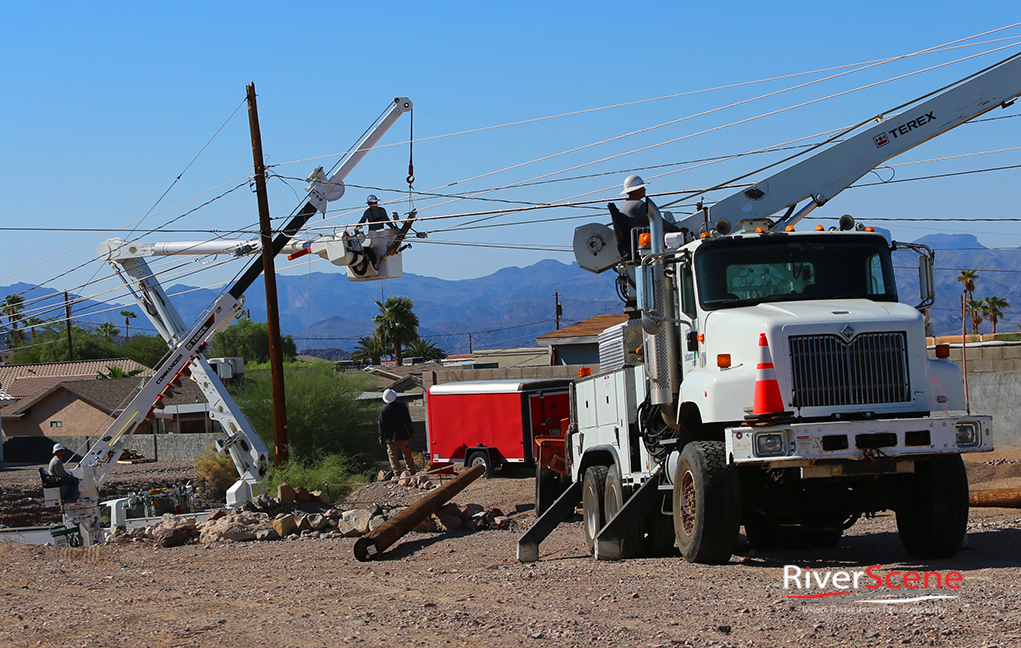 As of 9:20 a.m., Monday morning, some Lake Havasu City residents were still without electricity after a powerful wind dust storm and heavy rain caused a power outage leaving parts of Lake Havasu and Mohave County without power for several hours Sunday.

According to the National Weather Service,  powerful wind gusts as high as 58 to 60 mph blew through Lake Havasu between 5 and 5:30 p.m., Sunday, contributing to the collapse and breakage of many power poles, resulting in a massive power outage leaving over 2,000 homes without power.

Residents in the area of Bluegrass and Pueblo say they heard a loud noise at about 5:30 p.m., which was a result of power poles that snapped and broke forcing neighbors to evacuate their homes until utility workers could access the area and deem it safe.

“I came home and the fire department had the road blocked off because of  the downed powerlines,” said 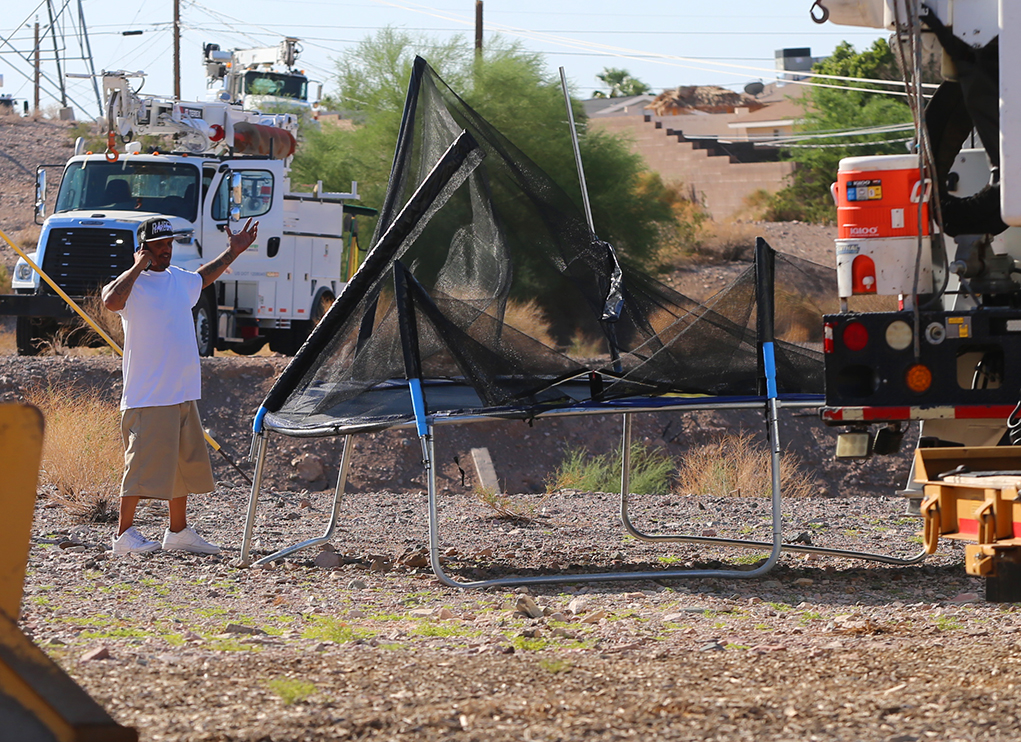 Havasu resident Richard Wyninger finds his trampoline in a lot next door to his home Monday morning after a storm hit Sunday evening. Jillian Danielson/RiverScene

Lake Havasu resident Richard Wyninger. “There were some homes that never lost power but others on the other side of the powerline near Indian Peak, were definitely out,” Wyninger added.

For hours, residents tried to get estimated times on when power would be restored which fueled many to go to social media to get information and cool down in their cars.

Reports of downed trees, damaged roofs and reports of a capsized boat on the lake  were reported by locals. Residents throughout Mohave County as far as Bullhead City were also affected.

Some neighborhoods regained power in the early hours of Monday morning however, UniSource workers continue to work to restore power to the remaining residents who are still without it. 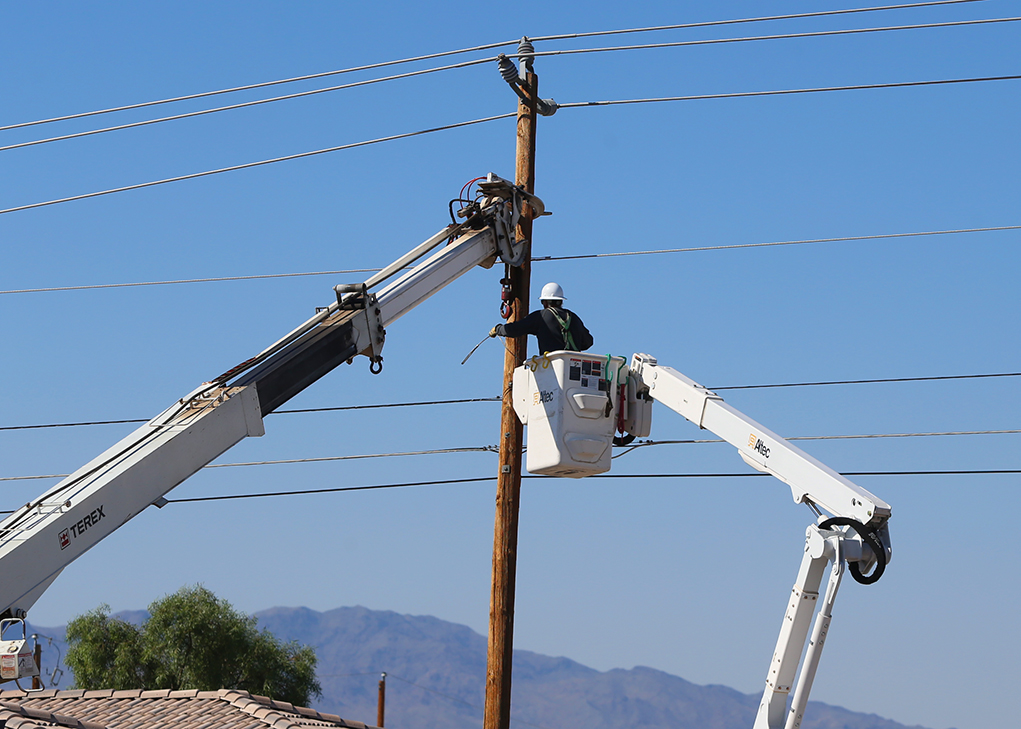 A UniSource Utility worker secures a power pole that had snapped at the base. Jillian Danielson/RiverScene

“We had eight poles down by Lowes and the Sheriffs station, we changed poles out on Jamaica, a pole on Monte Carlo as well and handled many isolated incidents,” said Alan Bell Utility Worker with UniSource.

“The main crew started working at 5:30 last night, and others were called in at 1 a.m., to continue and let the others rest,” he added. 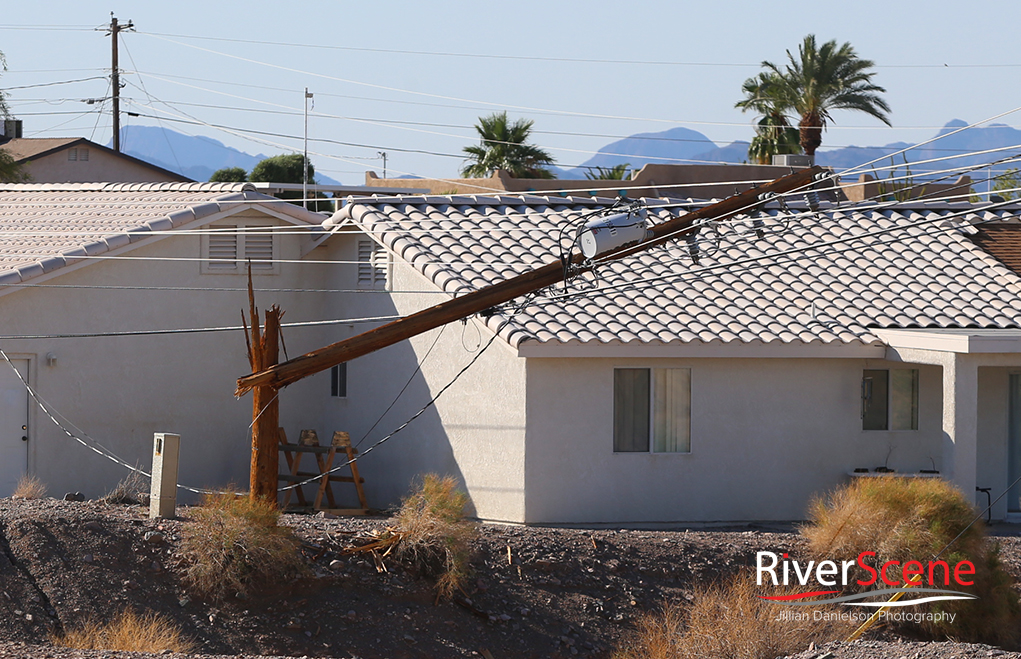 For individuals in need of a cool place to stay until power is restored, the Lake Havasu City Police Department is available to assist anyone directly affected by the ongoing outage.

Flips For Fun Gymnastics located at 2150 N. Kiowa Blvd. #B100 is open to all those without electricty to get out of the heat. Elderly and children first in due to occupancy limits. 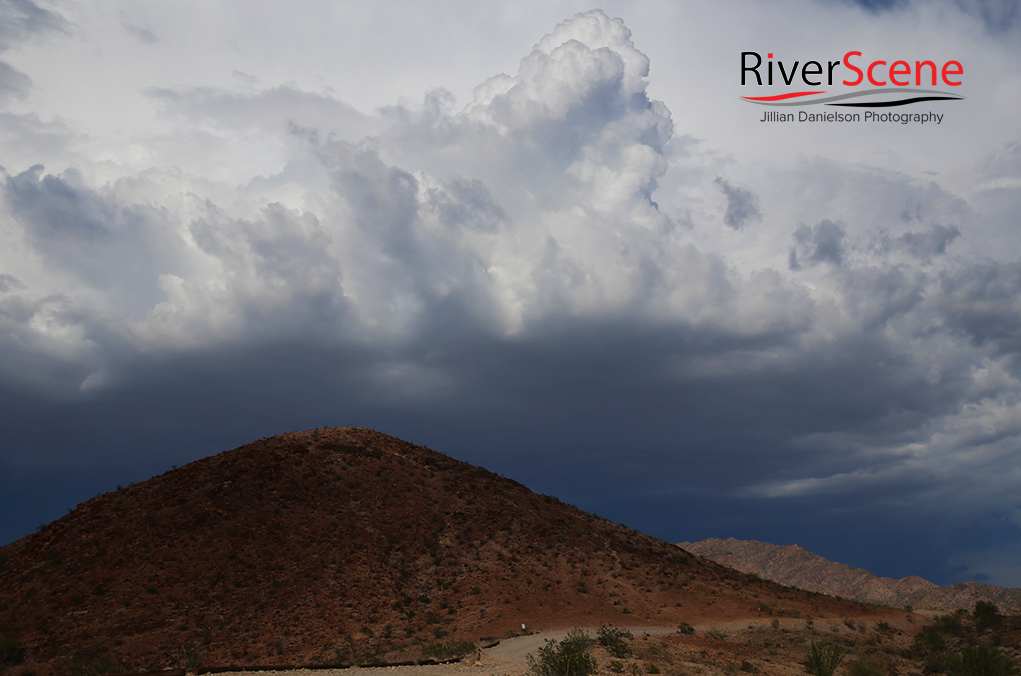 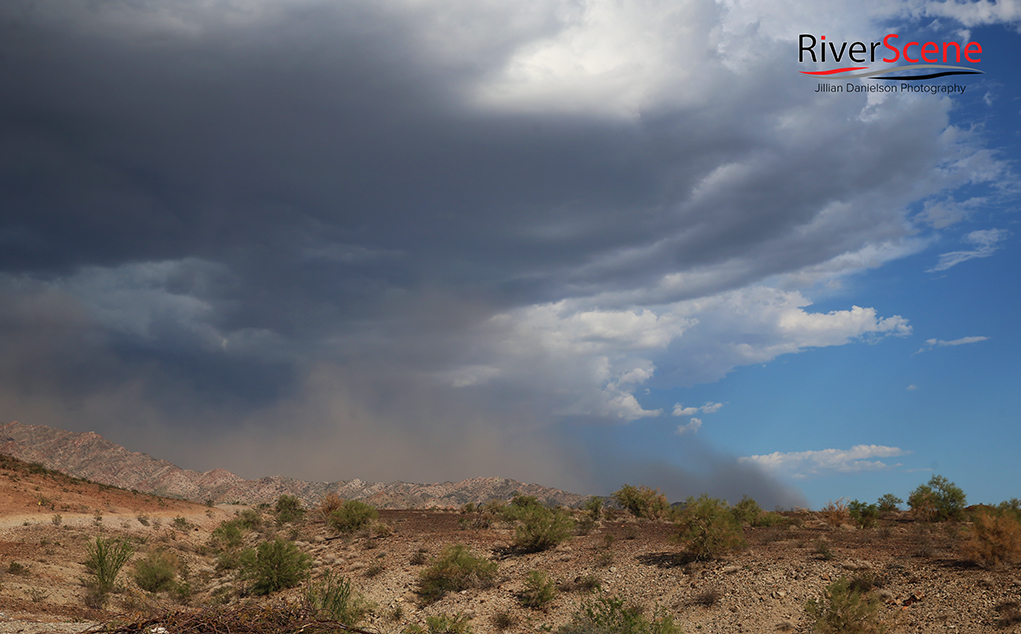 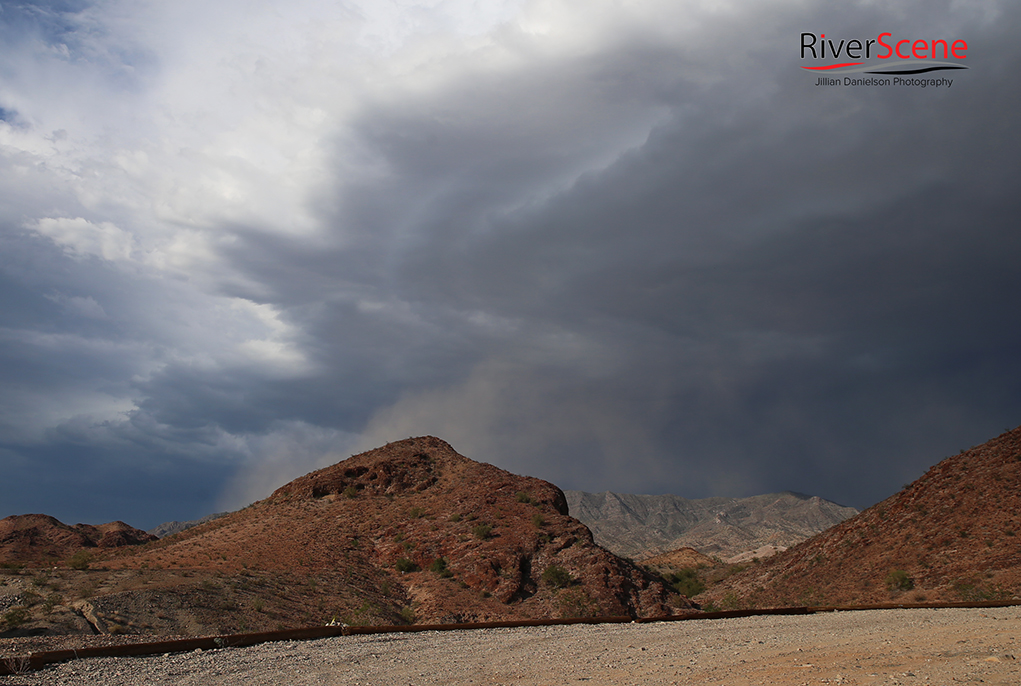 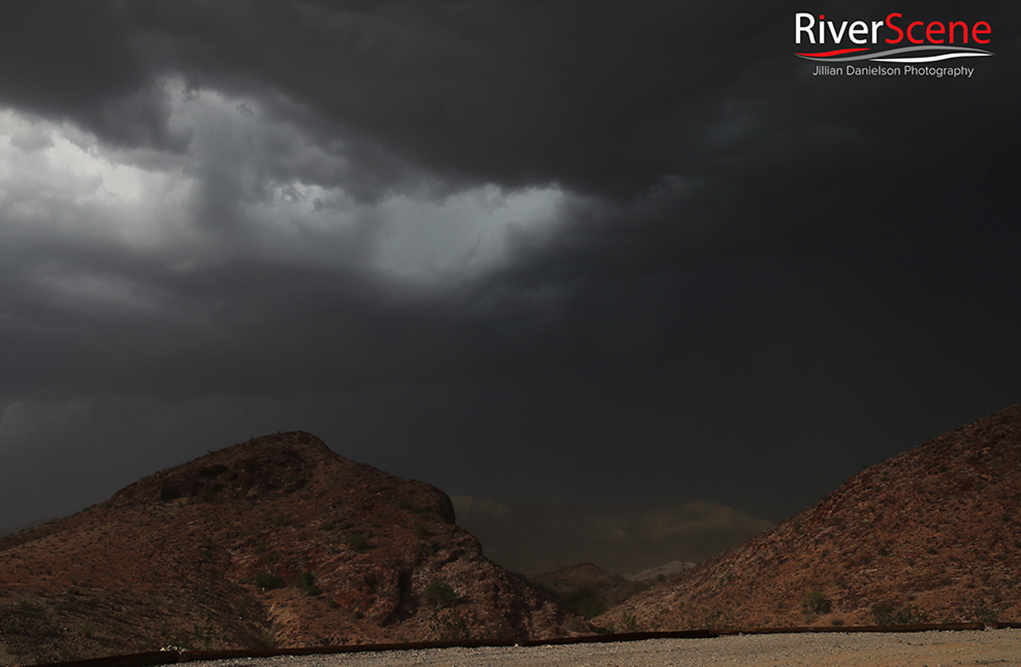 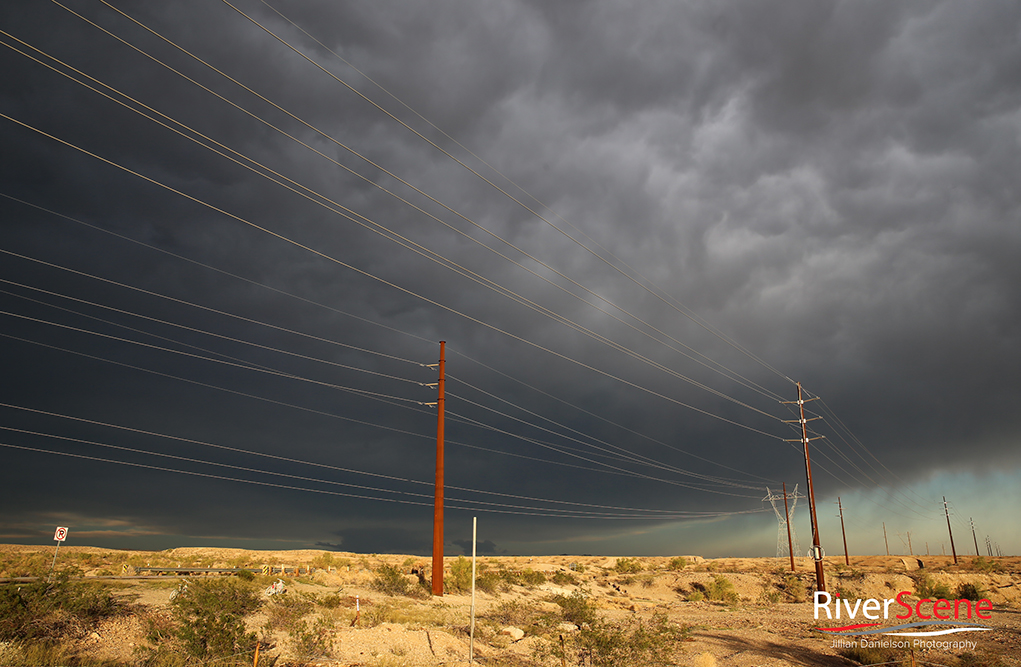 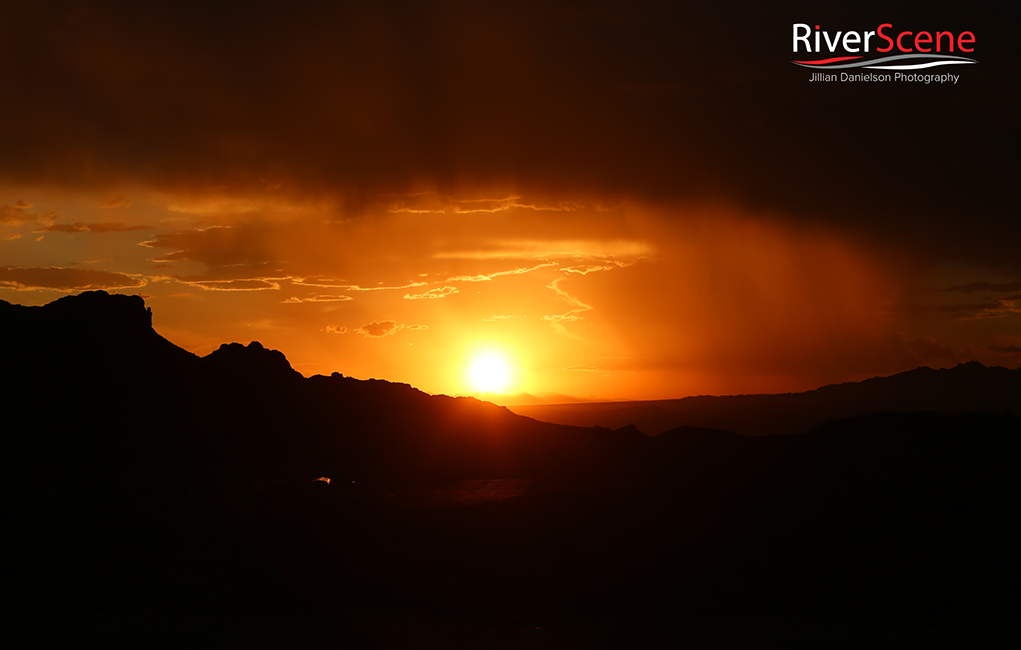 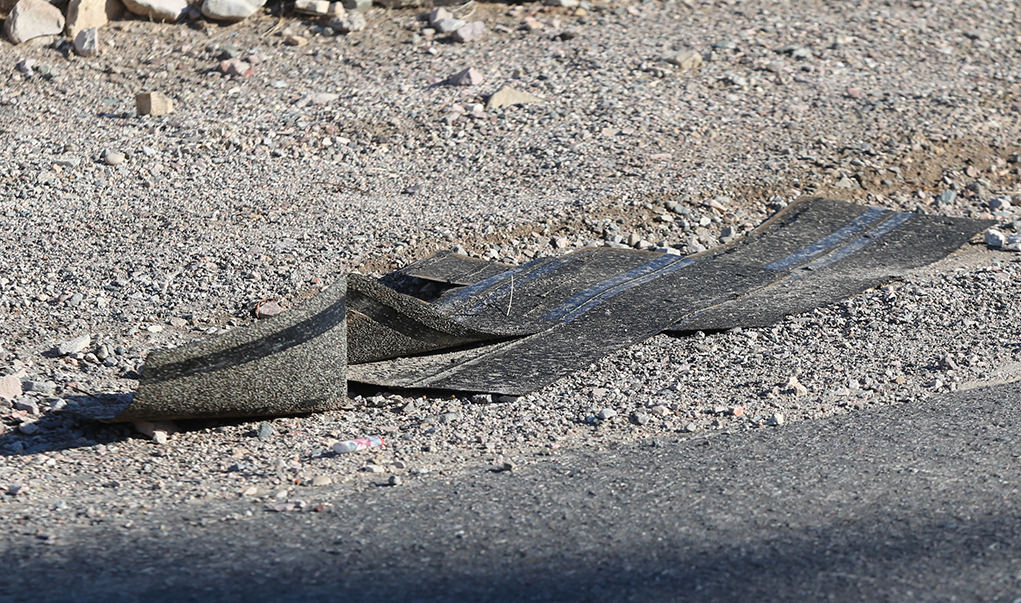 Shingles are spotted on the side of a road after a storm blew through Lake Havasu Sunday. Jillian Danielson/RiverScene 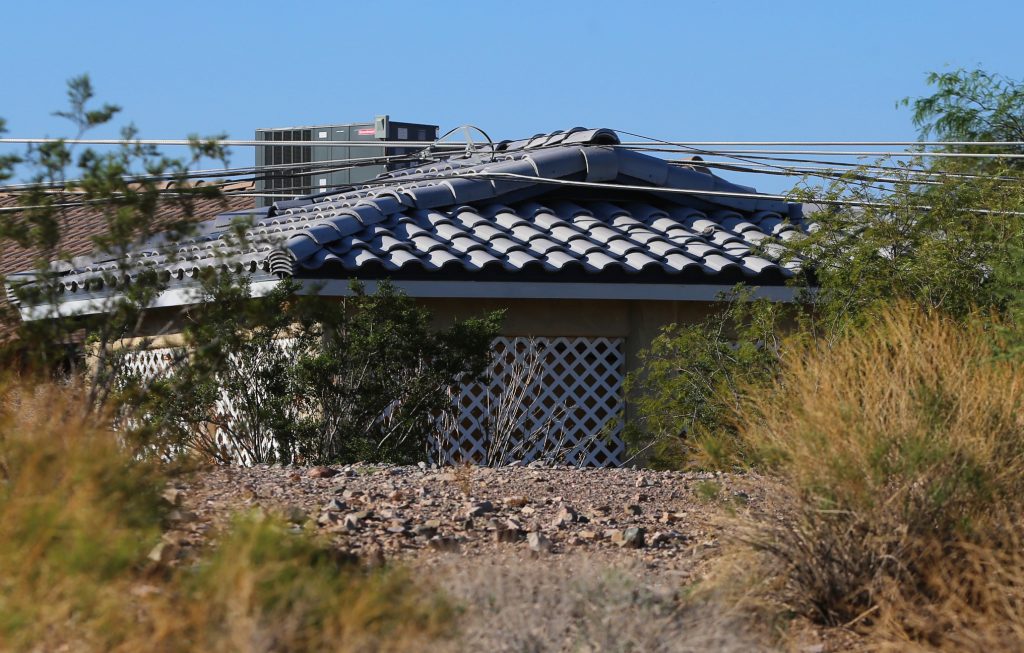 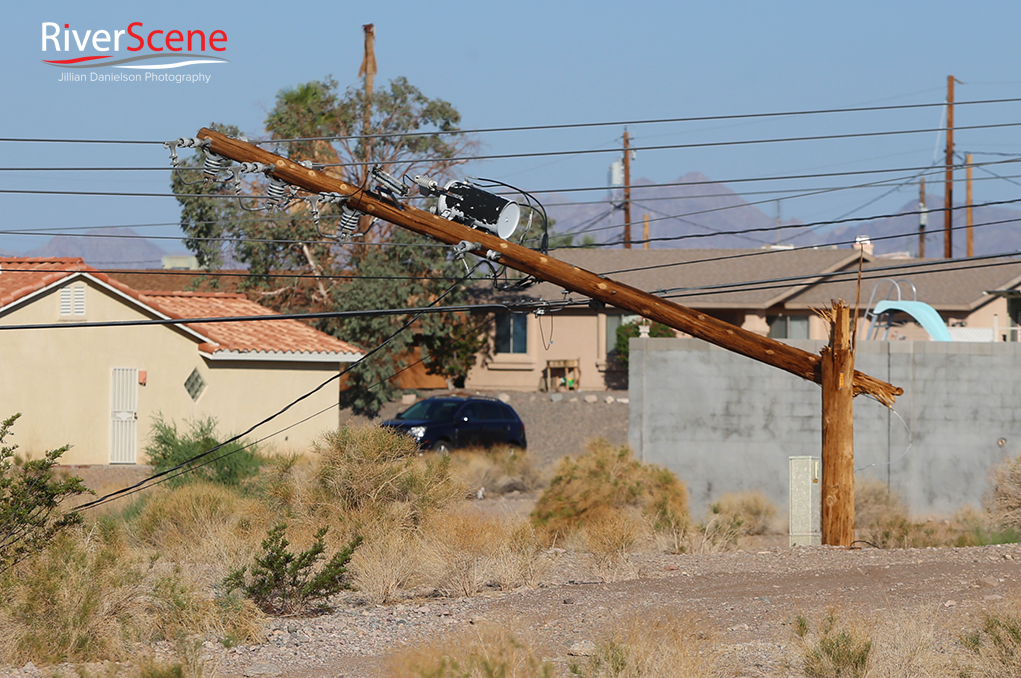